Over 100 Builders Refused to Construct Military Camp in Arctic

More than 100 civilian specialists building the Northern Clover military camp on the Arctic island of Kotelny are taking part in the builders strike against the month-long arrears in wages.

Editors of Voennoe.RF obtained a construction hold notice written by labor collective of the Zapsibgazprom-Gazifikatsiya LLC and addressed to the constructions director. The document was signed by 109 persons out of about 600 employees of this company involved in the building process. 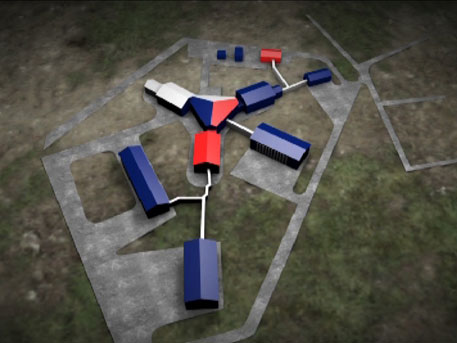 The Northern Clover camp on the Kotelny Island

According to the document, the works were suspended until the full repayment of the wage arrears to the companys employees.

Along with that, according to relatives of the strikers, the workers continue to file notices about joining the strike on an individual basis. "Its hard to say the exact number of the strikers, because many people still dont know how to submit strike docs legally. At this stage, they are about 150 persons", said a strikers wife.

At the same time, foremen and security service are trying to persuade the workers not to a cease building activities by setting different dates of repayment. According to the interviewee, the construction director threatens to deprive strikers of bonus payments which make 30% of salary.

As was earlier reported, builders went on a strike on the Kotelny Island in the Arctic due to months-long arrears in wages. In the summer, construction of military facilities on the Alexandra Island at the Franz Joseph Land was also suspended for same reasons.