Ukrainian forces told they are ready to withdraw weapons

Ukrainian troops in the Kiev-controlled area of the Luhansk region have completed preparations for withdrawing weapons with the caliber under 100mm and are now waiting for the respective order.

The forces are awaiting a signal that will trigger off the actual stage of the weapons withdrawal. The withdrawal is expected to begin today," the speaker of the military operation in Donbas Ruslan Tkachuk told 122.ua news portal on Monday. 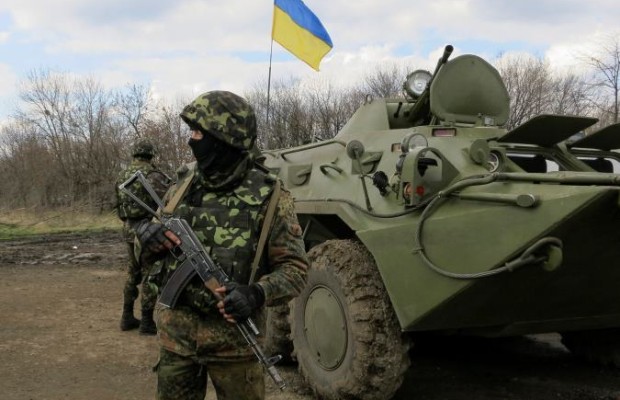 The speaker stressed that the ceasefire regime has been observed in Donbas that "is a basis for the agreement on withdrawing the weapons with the caliber under 100 mm,  reports.

The preparations for withdrawing T-64 and T-72 tanks, antitank guns and 82-mm mortars are over in the Luhansk region. The lists of the weapons and the routes have been earlier approved by the Organization for Security and Co-operation in Europe (OSCE) special monitoring mission, he said.

The effort to pull out weapons from the contact line is due to be completed within 14 days. The overall process that envisages moving artillery, tanks and mortars to certain distances will take 41 days.

The withdrawal will be carried out in line with the deadline under the Minsk peace agreements on condition that there is full control by the international monitors and the ceasefire regime is observed. The official speaker of Ukraine General Staff, Vladislav Seleznev, said the weapons withdrawal from the contact line in the Donetsk region will begin if the ceasefire regime lasts for 15 days.