Presented at the booth, the light helicopter-type UAV is capable to stay in the air at least 2.5 hours. It is designed for reconnaissance operations and may carry up to 5 kg. Horizontal cruising speed of the drone is up to 60 kph. 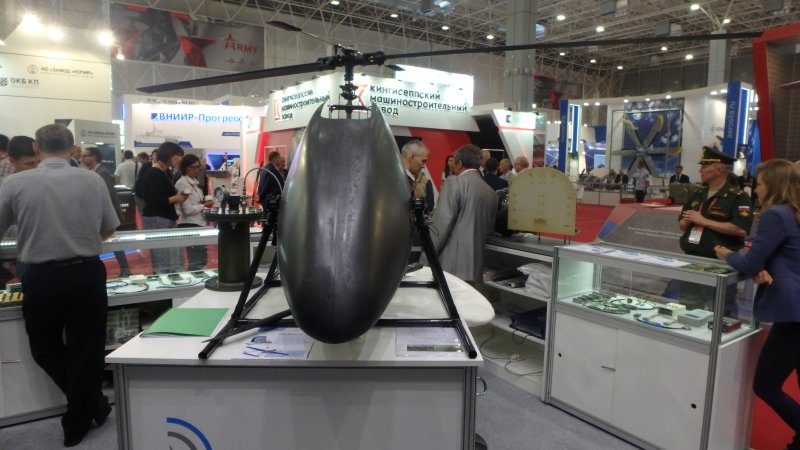 According to designers, the hydrogen-powered drone can be used with the vibration-sensitive equipment. "The advantage of a hydrogen powerplant is that there are no motion parts, and any optics operates comfortably. Then, the drone does not leave a heat wake, shaking is minimal as well, which in case of a piston engine makes troubles for optoelectronic systems", Alexander Zubarev, head designer at OANS told Mil.Press Today. 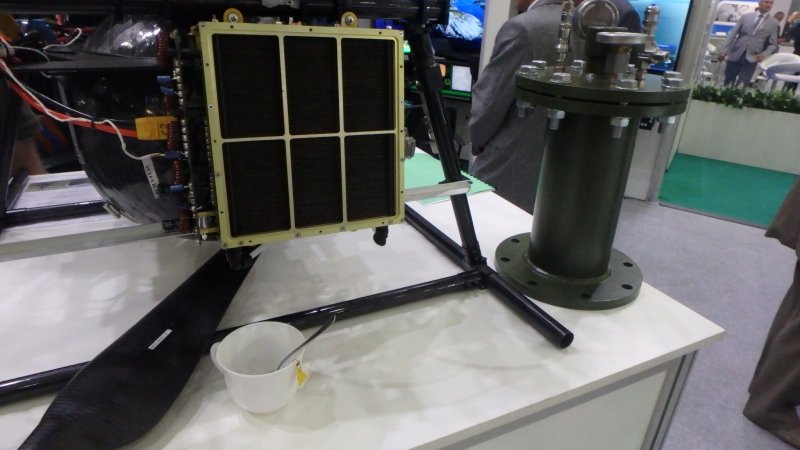 The designers added that they had managed to settle the refueling problem, pressing for many hydrogen-type drone manufacturers. "We have a special device that allows for refueling in field conditions. It is a kind of a cylinder, you put metal hydride tablets inside and pour any water, even from a puddle, and the system begins producing pure hydrogen of required quality and in required amount", explained Zubarev. Filling of the cylinder takes about an hour.

Also, the companys spokesmen told how to use helicopter-type UAV for the military purposes. "The drone is almost silent, perfectly suits for reconnaissance. It is possible to equip it with cameras and infrared viewers to detect opponents people and hardware", added Pavel Gavrilenko, director of setup and operation department at OANS.

The designers declined to discuss any defense contracts, only mentioning that "the military are interested in the project". The UAV has passed trials at one of the airfields in the Tver Region in August 2018.

The Army-2018 forum is held in August 21-26 at the Patriot Congress & Expo Center, Alabino Range, and Kubinka Airbase near Moscow.