The second phase of modernization and development of production facilities of Sredne-Nevsky Shipyard will soon help to build three Project 12700 Alexandrite-class mine countermeasures ships per year, said the companys CEO Vladimir Seredokho at the session on construction and testing of surface ships attended by the Russian Navy Commander-in-Chief, Adm. Nikolai Yevmenov.

According to the director, the first phase of modernization of the shipyards production facilities had been completed, which would allow for construction and commissioning of two Project 12700 minesweepers a year. 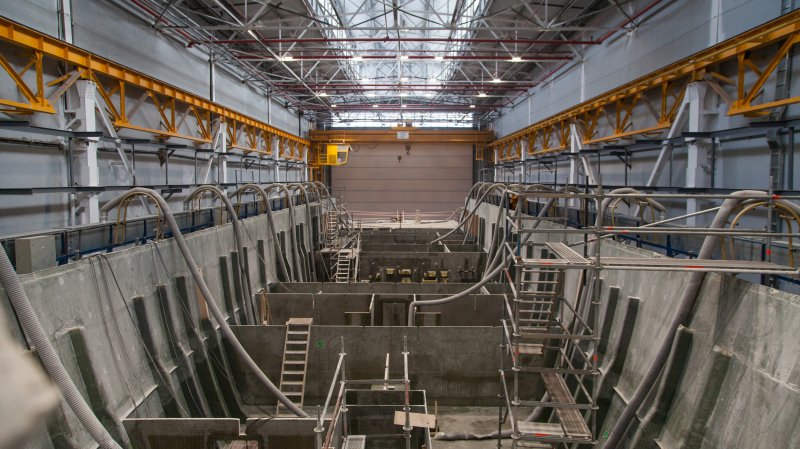 Displacing about 890 tons and having max speed up to 16.5 knots, the Project 12700 composite minesweepers were designed by Almaz Design Bureau located in Saint Petersburg. Basic mission of these ships is searching and disposal of mines in the waters of naval stations. They are equipped with sonars based both onboard and on remotely-controlled/standalone submersibles. However, the ships may use traditional sweeping equipment as well. In addition, the minesweepers feature unmanned motorboats.

In April 2018, the eight-ship series of Alexandrite-class minesweepers for Russian Navy was extended to ten ships, and delivery date of the last minesweeper was rescheduled for 6 years and set on 2027.