The team of the Russian Armed Forces, which had become the strongest at the Military World Games in South Korea, has arrived in Moscow, where the sportsmen have been met with flowers, banners, flags and  military orchestra.

According to the Chief of the Central Sports Army Club Colonel Mikhail Baryshev, thanks to their character the military sportsmen showed a real triumph of the Russian sport: 59 gold, 43 silver and 33 bronze medals. Each of the 135 awards is merited and won in a strong sports battle among the best military sportsmen from all over the world. According to the results of the competitions, the team has beaten its own medal record of 1995, when the result was 127 medals, reported press service of Russian Defense Ministry. 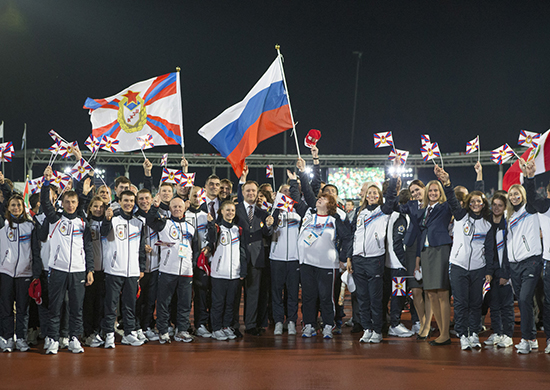 The next Military World Games will take place in Sochi on February 22-28, 2017. This decision was made at the 70th General Assembly of the International Military Sports Council on May 22, 2015.