The 10th International Maritime Defense Show opened on Wednesday, June 23, in St. Petersburg and closed on Sunday, June 27. For the first time, most of the showpieces were displayed in Expoforum Congress & Exhibition Hall, because the Vasilyevsky Island Bay, the IMDS traditional venue, is used for reception of COVID patients again. For the same reason, the ships display was relocated to the piers of St. Petersburg seaport passenger terminal (Waterfront), and the access to the ships was limited: only official delegations and IMDS participants were allowed onboard.

Although number of participants has dropped since IMDS-2019, the exposition area remained nearly same, almost 13,000 sq.m., said Alexander Koloskov, CEO of Morskoy Salon LLC, at the opening press conference. As for him, 285 companies and organizations presented over 2,200 products. 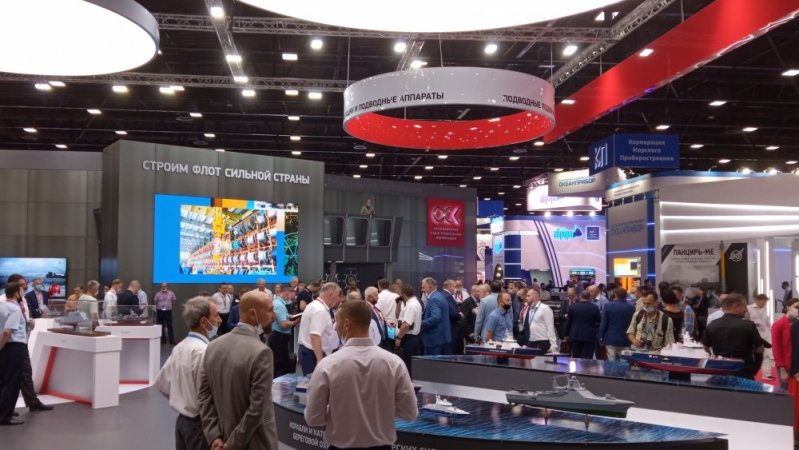 "It is the first time the International Maritime Defense Show was held without Mikhail Zolotarev, who was an originator and concept architect of this event. So, it is safe to say that, behind the scenes, the tenth IMDS is dedicated to his memory", said in his turn Boris Kabakov, director of the shipbuilding department at the Ministry of Trade and Industry.

The delegations from over 70 countries were invited to attend the show, added Vadim Startsev, deputy director of marketing department at Rosoboronexport. It will be clear how many of them really came to IMDS-2021 only after all participants are signed in.

Vice President of United Shipbuilding Corporation for military shipbuilding, Vladimir Korolev, informed that the two years passed since the last IMDS-2019 had been quite fruitful. In particular, despite the pandemic-related issues, in 2020, the corporation handed over nine surface ships and submarines to the Russian Navy; seven of them are new orders, the rest returned from overhaul and retrofit.

As for him, the share of civil shipbuilding in the USCs income structure has grown up to 21%. "This is a very good figure", emphasized Vladimir Korolev.

The 10th International Maritime Defense Show lasted till June 27. Over 20 events, including 4 scientific conferences, were held under the business program of the exhibition.