As a result of the boom age of unmanned aerial vehicles (UAVs) in Russia, every governmental agency operates several types of UAVs made by different manufacturers. This entails growth in costs for personnel training and maintenance, and considerably depresses the opportunities for interagency cooperation. One of solutions for this problem will be offered at the Interpolitex 2020 exhibition kicking off on October 20.

It was back in 2010 when the Russias Aerial Forest Fire Center held a research project named Development of Academic Approaches & Technologies for Application of UAVs in Forestry. Viktor Konosevich, currently heading the centers paratroop fire department, was the project coordinator. In his project report, he outlined the option for cutting of maintenance cost of UAVs through unification of control platforms.

"Generally, UAVs are developing from versatility towards specialization of the drones and the systems based on unified control platforms, so in the future the systems will be tailored exclusively to the needs of a particular customer. Meanwhile, unification of control platforms will help to form one system with a set of drones of different classes and types. This approach will reduce price of a UAV and its specific operational costs through optimized flight performance by selecting type of drones and a mission-oriented payload", says the project report.

By 2017, Russia had accumulated a wide field experience of drone applications, which practically confuted the patchwork of available systems. The systematic trends limiting the drones usage are described in the conference overview UAV Systems: Prospects for Application and Development published by the Russian defense ministry.

"In terms of unification and standardization, there is a total inconsistency of payloads, onboard communication aids, ground control units, batteries and chargers, software informational and linguistic support of different UAV manufacturers. Each of them selects these components based on available resources and capabilities, which finally results in incompatibility and price growing of both production process and end products, shortening of the UAV mission list", states on of the reports.

Finally, in 2018, this issue was highlighted by Maj. Gen. Alexander Novikov, heading the UAV Production & Application Dept at the General Staff. "Often, by integrating innovative technologies, the industry narrows the functionality range of a drone, trying to make it, as they say, unique, though in doing so, it violates the principles of standardization and unification of the system components", explained the military official.

Along with that, naming the advantages of foreign peers, the experts of the Moscow Aviation Institute mentioned high level of unification, when one console (ground control set) may suit several kinds of drones.

At the Interpolitex 2020, a Kazan-based company ENICS will offer state customers the solution for this problem, an upgraded quadcopter Veer based on the principles of unification and modularity. One of its key features is the use of the same ground control unit as the airplane-type Eleron-class drones use. The quadcopter is meant not to replace but complement the functionality of the well-known recon drones. It is designed for short range applications, in urban areas, and in other conditions hindering takeoff/landing of the plane-type UAVs. 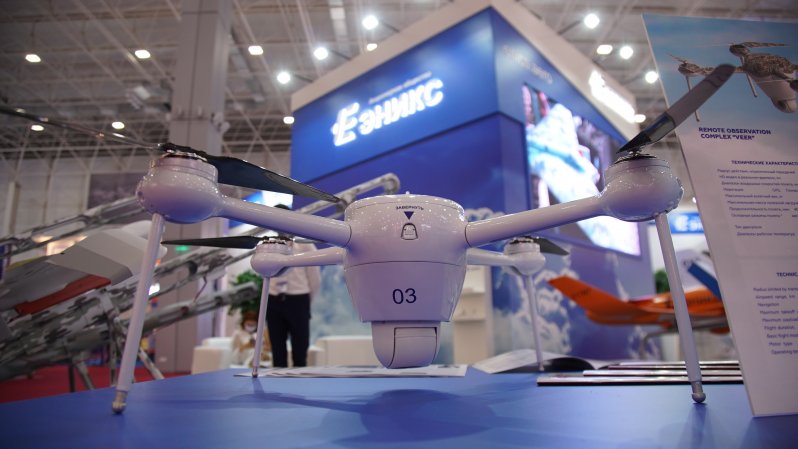 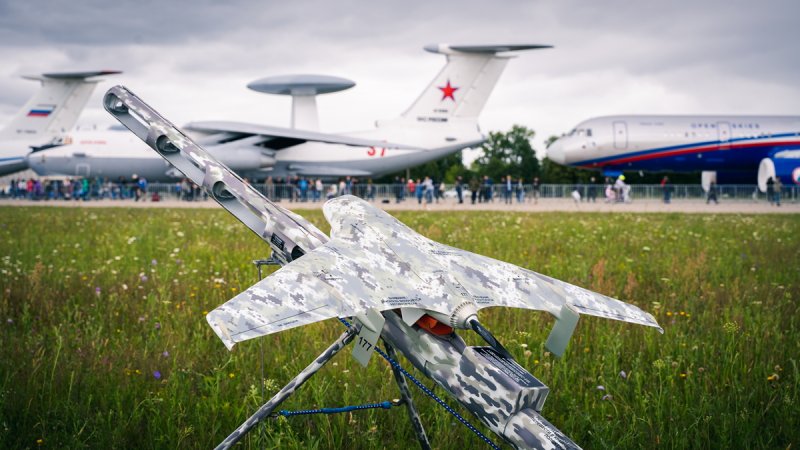 In addition, ENICS has unified payloads for the new multirotor drone. The clients have a choice amid the 20x zoom HD camera, the three-spectrum far/near IR-visible range camera, and other optical locators earlier tested on Eleron drones. Payload of Veer enables an operator to monitor the entire lower hemisphere thanks to the 360-degree camera rotation capability. 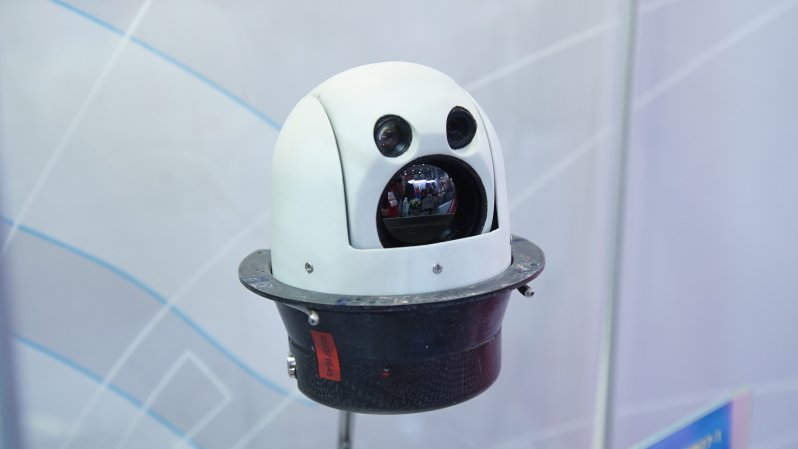 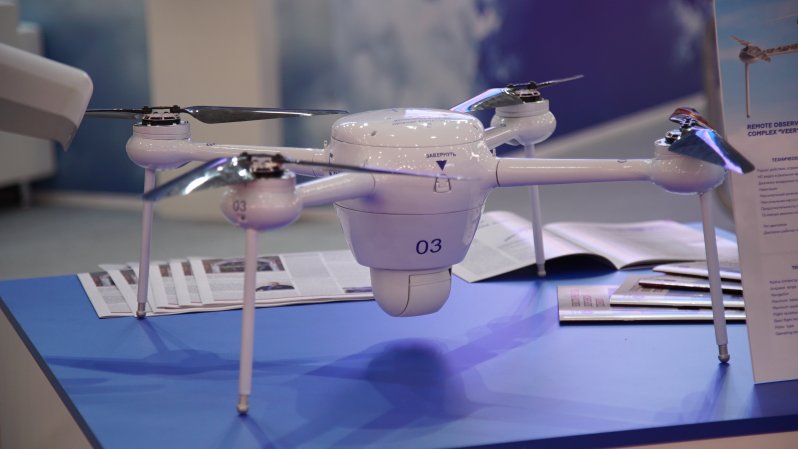 UAV Veer made by ENICS Operating radius limited by HD video transmission is 10 km, max speed is 50 km/h, max payload weight is up to 1 kg, payload weight amounts to 1 kg, endurance is up to 1 hour. Only one operator is enough to carry and use Veer.