The project is developed in a proactive manner. The anaerobic powerplant with unitary gas turbine is designed for advanced conventional submarines and technical facilities. 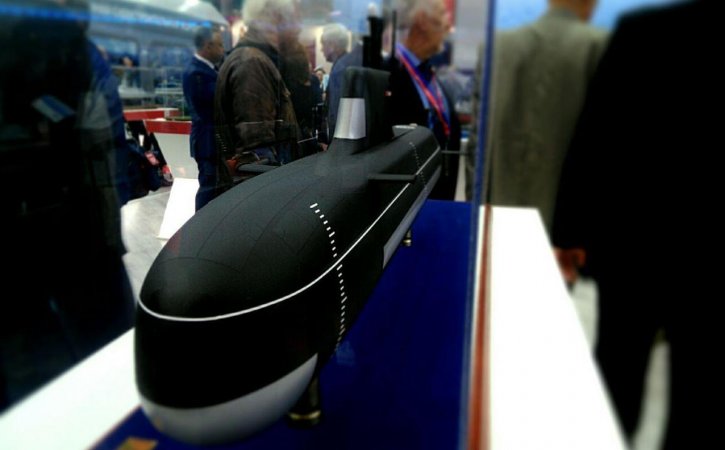 According to designers, the powerplant ensures operation of a non-nuclear sub in all surface and submerged modes with smooth transition of the main gas turbine from the external air mode to the closed-cycle mode, and back. The closed cycle uses a heavy artificial gas mixture.

Power supply of the onboard electricity consumers and the battery charge will be maintained in all modes.

Remarkably, the prototype sample of the anaerobic powerplant is equipped with a mass-produced, general-purpose gas turbine generator GTA-18P. In 2019, it was improved by the manufacturer, JSC Turbina Specialized Design Bureau (Chelyabinsk, Russia). Malachite announced the corresponding tender back in the summer of 2018. According to the bidding docs, the works cost 1.98 mln RUB. Thereafter, the test bed trials followed.

Technical solutions for the new air-independent powerplant are protected by two patents.

Mil.Press has already announced the innovation in June 2019, referring to the Malachites lead designer Igor Karavaev. The unitary powerplant for submerged and surface navigation is designed for the mid-size multirole (general-purpose) submarine P-750B. Mil.Press reported about its creation at the International Maritime Defense Show 2019. The submarines model debuted at the Army-2019 forum.

On June 2019, Malachites CEO Vladimir Dorofeev told Mil.Press that his design bureau was able to make a submarine powered by an anaerobic engine within 5 or 6 years. Answering the question about potential submerged speed of such submarine without batteries, Dorofeev said it would be 1012 knots.

An informed insider in one of the submarine design bureaus told Mil.Press that the successful development of the Russian air-independent powerplant would affect, among other things, the export potential of national conventional subs.

Malachite Marine Design Bureau has been proactively designing the closed-cycle anaerobic gas turbine since 2010. By the way, Rubin Central Design Bureau For Marine Engineering develops an in-house version of the air-independent propulsion unit, an electrochemical anaerobic powerplant. In October 2019, sources of Mil.Press reported about a corresponding design project.