Admiral Viktor Chirkov, Russian Navy Commander-in-Chief, has undergone a surgery and is currently in the hospital, said his deputy Vice Admiral Alexander Fedotenkov at a press conference. 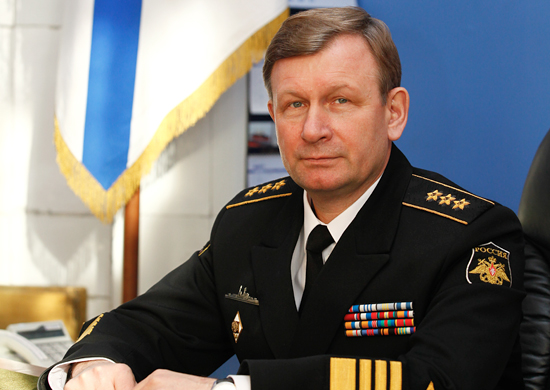 According to Fedotenkov, Admiral Korolev is the most experienced officer to fill the highest position in the Russian Navy.

Admiral Viktor Chirkov was born on September 8, 1959 in Alma-Ata, Kazakhstan. He began his career as a torpedo officer on a frigate stationed at Pacific Fleet; then he gradually held offices of a frigates second-in-command and a destroyers executive officer. On September 8, 2009 he was appointed the Baltic Fleet Commander. By the Decree of the President of the Russian Federation dated May 6, 2012, Viktor Chirkov was appointed the Russian Navy Commander-in-Chief.