In contrast to the countrys loud preparation for the Russian Navy Day, the first two days of the debuting International Far Eastern Maritime Show (IFEMS) in Vladivostok passed barely perceptible. Until the last moment the industrialists didnt know what to wait from the new exhibition, some even refused to attend. Mil.Press Today asked the exhibitors to tell about the goals of their participation in the show, its operation, meetings with international delegations, and express their recommendations for sponsors of the next IFEMS-2020.

The program of the first IFEMS was based on the three sections: Shipbuilding, Infrastructure & Logistics, and Management & Development. The business part of the show included almost 20 topical sessions, round tables and panel discussions. The attendants talked about revival of the high-tech production in the Far East, increase of Russias international marketability, and the use of digital technologies in shipbuilding. 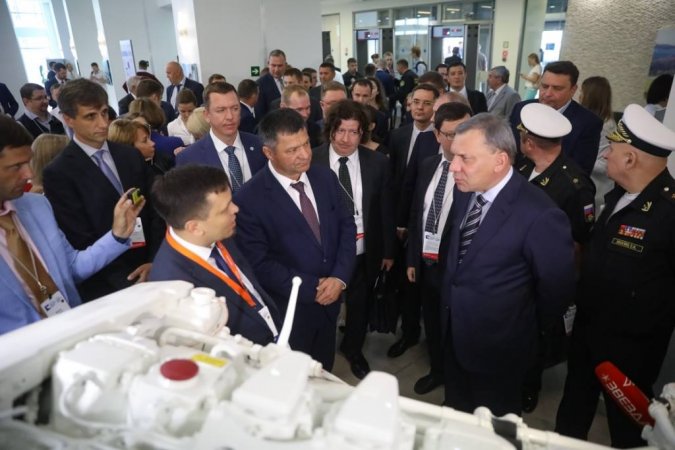 At the citys pier 33, the visitors watched Russian ships and vessels: corvette Sovershenny, ice-class tanker Sakhalin, hydrographic survey ship Viktor Faleev, training sail ships Nadezhda and Pallada. Participants of IFEMS were allowed to visit ships only by permission lists, which raised eyebrows of some industrialists. "We expected everyone to have an access to ships and pavilions", Andrey Chernovalov, deputy director for quality at JSC Varyag-TechService told Mil.Press Today. "There were plenty to look at, some interesting projects, but the exhibition lacked foreign guests", he said.

He is supported by Aleksey Gerasimov, acting director for marketing at the Baltic shipyard Yantar. The Kaliningrad-based yard presented the Project 11356 frigate at the show. "Everything is comparable. Sure we expected to meet more potential clients. We attended many international exhibitions, there are crowds of delegations, but here I met one or two. Only an admiral from Brunei took a look on the frigate and walked by", he shared.

One of the exhibitors anonymously told Mil.Press Today that he hoped better things from the IFEMS. "No major complaints, but they said it would be the scale of the Saint Petersburg's naval show. But what we see here is a kind of we did the best, you know the rest. Perhaps, they came short of any lobbying or something", he commented.

In contrast to the Army forum with the augmented reality booths, there was nothing like that in Vladivostok. This was admitted by Andrey Kuzmin from the exhibitions technical department: "Ive been in this business for 20 years or something, so it takes much to shock me. There was nothing special". Kuzmin added he was impressed by the exhibit of Marine Technics Group: "interesting models, a real engine, attractive showpieces".

Representatives of Marine Technics Group described their attendance as useful. Pavel Kulikov, the head of the companys engineering center, said they were striving for enlarging the footprint in the Far East. "Weve already signed several agreements at this exhibition. For over 15 years weve been working with German manufacturers and supply MAN engines on different ships. Also, we keep up with the import substitution program, example, we added our list of services with the MAN-based Russian diesel generators", he told Mil.Press Today. 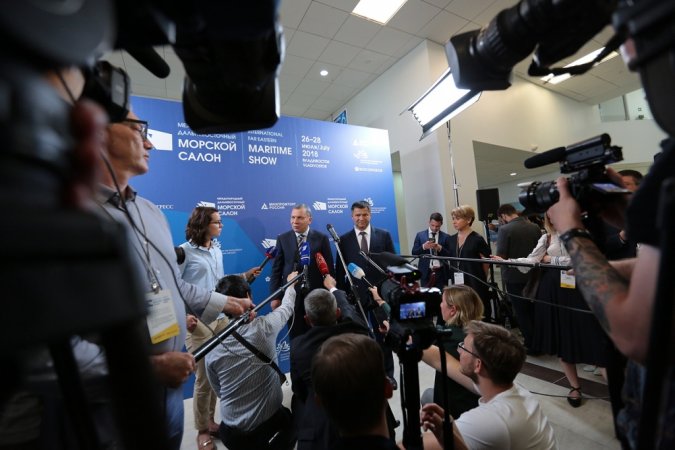 Not every participant managed to reach Vladivostok. For instance, one of the largest potential exhibitors, machine-building plant Vineta Ltd. declined to bring its products to the show; the companys representatives did not go there as the guests either. "We hardly understood where the equipment display would be. The signing of the attendance agreement protracted and the prices were growing. The participation costs were higher than those of IMDS-2017, and the timeframes reduced from five to two days. Anyway, the Far East is still of interest for Vineta", said Alexandra Keibal, the companys marketing director.

The industry had expressed doubts as of the scale of IFEMS earlier, too. The show is sponsored by the Ministry of Industry and Trade, and operated by Roscongress foundation. According to the exhibitions concept, the show area occupies 1,200 sq. meters. To compare, the International Maritime Defense Show (IMDS) held once in two years in Saint Petersburg is deployed on the area of 17,000 sq. meters. The industrialists were also wondered by the number of IFEMS participants: only 1,500 persons. Those figures were announced several months prior to the exhibition.

However, not every guest was so judgmental. Shipbuilders of Baltiysky Zavod told Mil.Press Today they were generally satisfied with the show, and the projects representation was implemented on a quite good level. 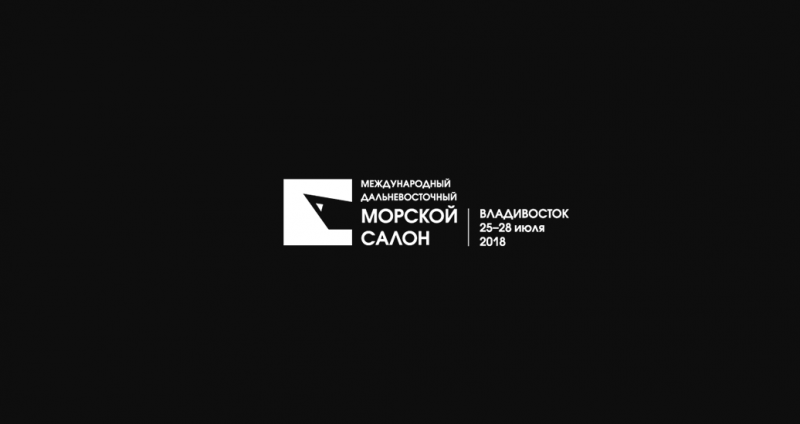 
The International Far Eastern Maritime Show took place in the campus of the Far Eastern Federal University on the Russky Island in July 26-28. The sponsors hope that the exhibition will promote development of the shipbuilding cluster and associated industries in the Far East, integration of Russian shipbuilding facilities into the Asian-Pacific Regions industry, step up in exports and strengthening of the Russian business standing worldwide.