The timeframes for the MAKS-2019 airspace exhibition may defer for a month, from the late July to the end of August or early September, the sponsors of the show, Aviasalon JSC told Mil.Press Today.

"The deferral is caused by the dates of the Army-2019 forum. Although there are no official documents so far, were about to arrange MAKS between August 27 and September 1", said an insider in Aviasalon JSC. 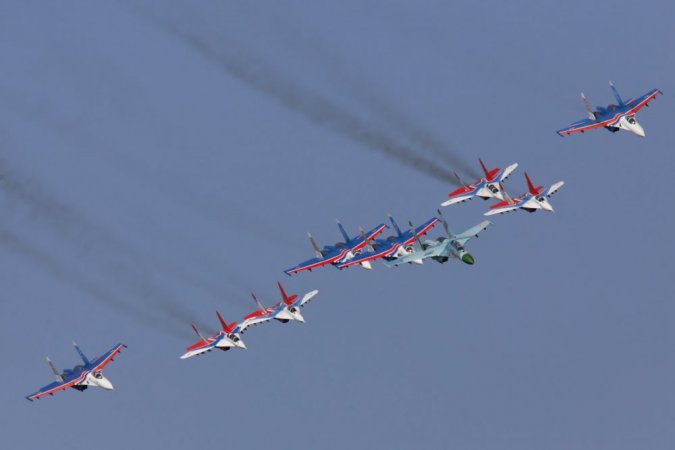 However, the event's official website still displays the old dates, June 23-28. According to the interviewee, the changes will not have any effect on the registration of participants that is going on since April.

An official from the Ministry of Industry and Trade confirmed the information about the request of MAKS-2019 sponsors to defer the show for a month. Currently, the document is pending governmental approval.

As was recently reported, the Russian Defense Ministry decided to hold the Army-2019 forum in June. Due to this, managers of the International Maritime Defense Show (IMDS) have to postpone the exhibition as well.

The International airspace show MAKS is held since 1993. MAKS-2019 will take pace in Zhukovsky, Moscow Region. Earlier on, the minister of industry and trade Denis Manturov announced China would be Russias partner at the air show.