The subject matter of the contract is manufacturing of the onboard trajectory measurement systems (KBTI-M) for maneuvering aircraft. Maximum contract price is 130 mln RUB, delivery of one set is scheduled in December 2018. 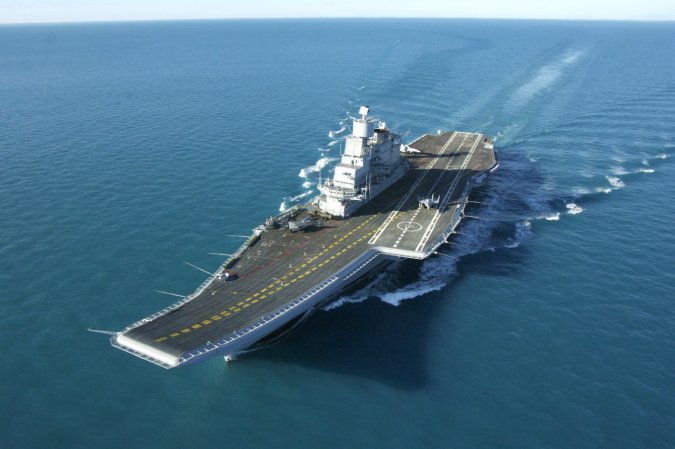 The systems were designed by the Gromov Flight Research Institute late in 1980s  middle 1990s. Their purpose is to measure radio-navigation parameters and use that data to find coordinates and speed of highly dynamic objects. Such systems are intended to evaluate and analyze the accuracy characteristics of flight/navigation systems and onboard equipment of aircraft in real-time and post-flight modes.

As for him, despite all rumors about Delhis complaints over Russian ship-based fighters MiG-29K, these jets remain basic for the ship. Again, delivery of equipment like KBTI-M looks quite logical then. Indian Navy regularly engage experts from Sevmash and other Russian companies to work on the ship, added the officer.

Aircraft carrier INS Vikramaditya was re-built from the heavy aircraft-carrying cruiser Admiral Gorshkov at Sevmash shipyard. The carrier was handed over to Indian Navy in November 2013. The ship accommodates up to 34 aircraft, including 24 fighters MiG-29K/KUB, helicopters Ka-28, Ka-31. The ships length is 285 meters; beam over deck is 60 meters; full displacement is 45,400 tons; max speed is 32 knots; operational range at 18 knots is 7,000 nautical miles; crew is 1,600 men, including over 100 officers.