Kronshtadt Group Offered the Military to Practice at Virtual Battlefield

At the international military and technical forum Army-2016 opened on Sept 6 at the Moscow region, the Kronshtadt Group presented one of its most up-to-date and high-tech projects  a unified virtual battlefield designed for warfare planning and practicing.

According to the developers press service, the common virtual battlefield is used for computer simulation of combat actions that occur on a certain territory. Rolled into one, a unique simulator and a virtual media help to display trainees activities from different combat simulators and model different scenarios depending on parameters of weapons and combat vehicles. 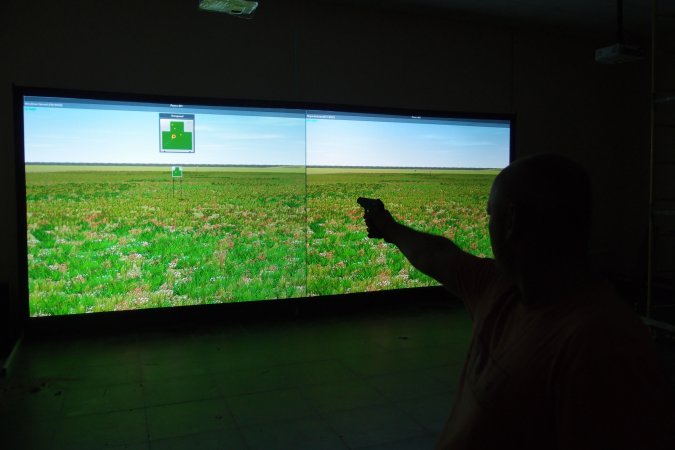 The virtual 3D battle area is based on the latest digital maps of real terrain, satellite images, photos and other digital data sources. One may also add new objects on the map depending on training tasks. Within the 3D battle area, special technologies may form volume images of buildings, structures, obstacles, and even vegetation.

In addition, the developers have created a computer model of warfare, being the core of the system and including models of motion, firing and destruction, command data exchange and combat support.

This unique multi-branch simulation system is capable to combine not only simulators developed and produced by the Kronshtadt Group, but also those made by other manufacturers and supporting HLA protocol.

The military and technical forum Army-2016 is being held for the second time in Sept 6-11 at the Patriot Military Park near Moscow. About 100 foreign delegations are taking part in the event, and over 1,000 companies present their projects.