In 2020, experts of the Russian Navy Educational & Scientific Center kicked off works to validate specifications for the new training ship and marine training facilities, the Commandant of the Naval Academy Vice Admiral Viktor Sokolov told Zvezda. Analysts of Mil.Press found out that the Russian design bureaus had already started proactive elaboration on the new training ships and boats.

The specifications are being prepared under instructions of the Russian Navy Commander-in-Chief, Admiral Nikolai Yevmenov. 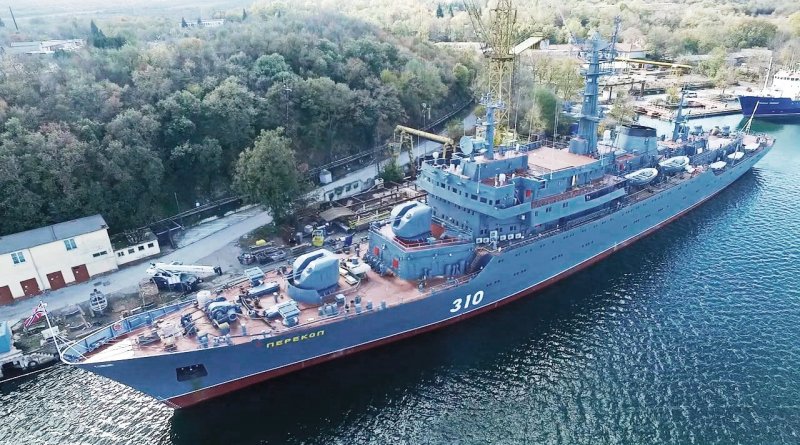 In addition, designers work on the specifications for perspective large/small-size boats for all naval professions.

At least three design bureaus have already started proactive work on the new projects of training ships and boats, the two industry-related insiders told Mil.Press. The question is a catamaran-type training boat and a classic single-hull training vessel. Besides, designers consider building of a full-scale training ship based on one of the modular supply platforms offered to the navys auxiliary fleet.

In 2018, the then head of the Russian Navy Main HQ Vice Admiral Andrey Volozhinsky announced the plans to develop "a construction program for the new-generation training ships, including the ice-class ones capable to cover long distances in the Arctic seas without the icebreaking escort". The officer made that statement on the day the training ship Perekop returned from the long-range mission.

After 2030, the Russian Navy plans to obtain a new training sail ship. Vice Admiral Viktor Bursuk, the then navys deputy commander for armament said in 2017 that the construction of the sailer was scheduled in the shipbuilding program.


The first specialized training ship of the Russian Navy was Ocean, built in 1902. Up to the 1970s, the Soviet Navy only refitted obsolete combat ships for training purposes, without building the new ones. In 1976-1978, three Project 887 training ships were built in Poland for the Soviet Navy: Smolny, Perekop and Khasan. The latter was decommissioned in 1998, while the first two are still in service. Since that time, the Navy has not received any large training craft.