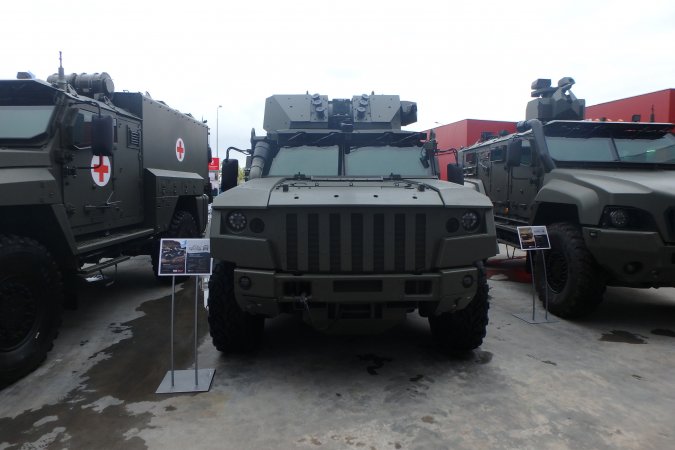 The designer says the car is being created in close contact with Airborne Troops officials, all their demands and combat experience are considered. For one, Remdiesel has fulfilled the instruction to make the car air-droppable from Il-76 aircraft; Typhoon can be easily transported as helicopters external load.

"We tried to make a vehicle based on mass-produced components as the main thing is reliability and suitable cost", Zarakhovich said. K-4386 and K-53949 are standardized in terms of basic aggregates and chassis systems".

The designers added that wheeled configuration, in contrast to the tracked one, ensured longer service life and better reliability. Besides, its operating costs are much lower. Finally, tracked vehicles are bad for patrols on asphalt roads, while Typhoon-VDV is a full-fledged traffic participant.

The armored car has effectively passed manufacturers trials. According to RDs officials, the vehicle is of demand not only in airborne units but other branches as well. Later on, a light version will be developed on its basis. 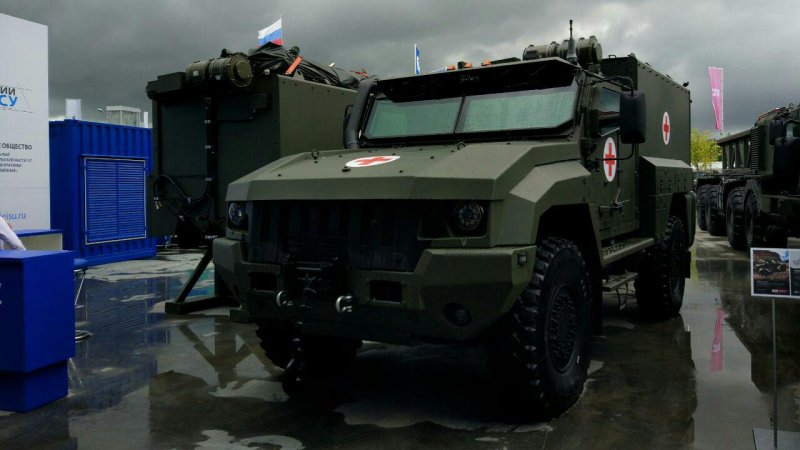 Another highlight of the Army-2017 show was a medical armored car designed for evacuation of injuried personnel from the battlefield. It is based on the 10-seat Typhoon K-53949 under Linza research project. As for designers, the car would speed up timely medical assistance within the first after-wound hour, which in turn would increase personnels survival chances.

"This goes in line with our companys basic concept, to protect soldiers lives. But now, in addition to passive ballistic and anti-mine protection of our cars, we contribute to the life-saving component by ensuring fast evacuation from the battlefield", added the Remdiesel officials".

RDs engineers treat the protection issues not only as the hardware matter, but as a system of actions and constructive solutions helping to protect the crew and the passengers in a best possible way.

K-53949, a basic car for the medical vehicle, is being promoted for exports at the time. 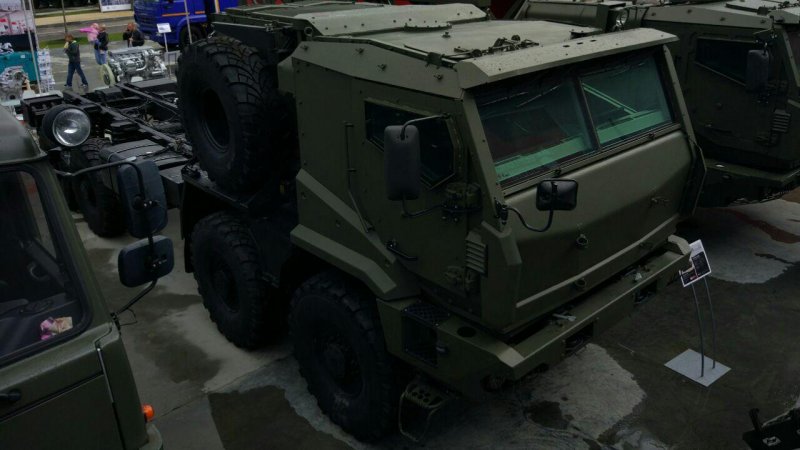 Another innovation is the K-53958 Tornado multirole chassis. Cars of this family are capable to carry wide range of payloads from 8 to 30 tons.

"Tornado is a game-changer in the crew protection matters. The cabin can be single- or double-row", the Remdiesels representatives told Mil.Today. The company press service said the vehicles designing was held proactively in cooperation with Tula-based instrument Design Bureau, but "under certain control of defense ministry" though.

JSC Remdiesel was established in 1978 in Naberezhnye Chelny, Tatarstan. It is Russias largest specialized company providing the military with the full life cycle of special-purpose vehicles, including concept and designing, production, technical supervision while operation, capital overhaul, and disposal of wheeled and tracked vehicles.

JSC Remdiesel produces the Typhoon and Vystrel car families, and works on prospective special vehicles under the Platforma and Tornado projects. Meanwhile, Typhoons have already proved themselves in Syria. Since 2009, JSC Remdiesel is the only defense ministrys contractor providing full life cycle of KAMAZ, MZKT, MTLB and other vehicles based on the same.