Designed by the Krylov State Scientific Center, the new advanced corvette for the Russian Navy will be a basis for several modifications of ships. The concept offered to the Navy implies seaworthiness, powerful weapons, mass production, and an array of configurations, the ships designer Valentin Belonenko heading the advanced naval ships designing department at the Krylov Center, told Mil.Today.

In Russia, several types of low-displacement vessels are under construction at the time, like small-size missile ships and corvettes. However, those are pretty short series...

Creation of any ship, including a corvette, must be well-reasoned. The certain technical solution is conditioned by operation environment, proceeding from the military and economic effectiveness. On the one hand, we lack money, on the other hand, Russia needs ocean-going fleet, and it must be properly tuned up. 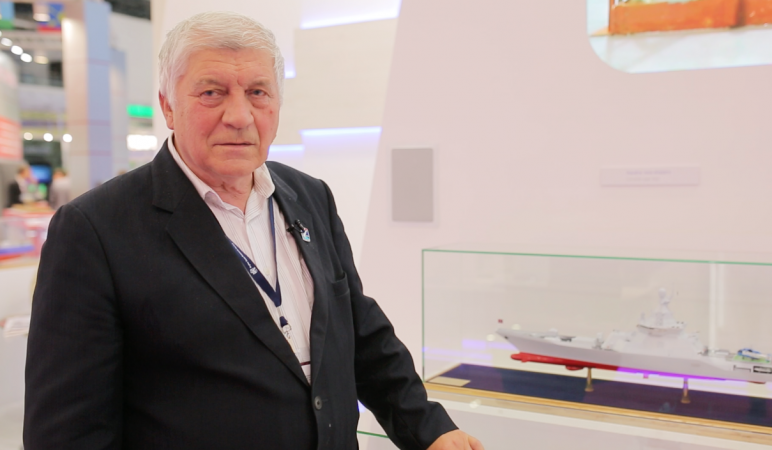 Speaking of the limited size of series, one ship cant make a battle, so what we need is a special program for their construction. The defense ministry is supposed to approve the project, calculate lifecycle, analyze effectiveness of the fleet, and so.

What are the missions of the new corvette?

Thanks to perfect seaworthiness and mighty weapons, the corvette would operate in long-range sea zone, not only in internal seas or littoral waters. Otherwise, in the future, on the ground of obsolete fleet we would have small shiplets only to protect borders. That is why the large-series production is critical: the more ships the navy would have, the more flexibly they could be used in different zones.

Reportedly, the ship would get up to 24 vertical launchers for Caliber cruise missiles. Looks like a total amount of a project 21631 small-size missile ship Buyan-M (8) and a project 22350 frigate (16) taken together. The demonstrated model has only 16 launchers though.

Well, we do not make the number of cruise missiles absolute. The attack system can be adjusted with MLRS, artillery for various ranges, and so. For one, this particular model has a 100-mm gun. In fact, the corvette is armed like a frigate.

Sure, we can design more vertical launchers, but It is an absurd to be confined only to self-defense. On should steer a middle course here: all ships must threaten the enemy, and operate both in the littoral and distant sea zones. 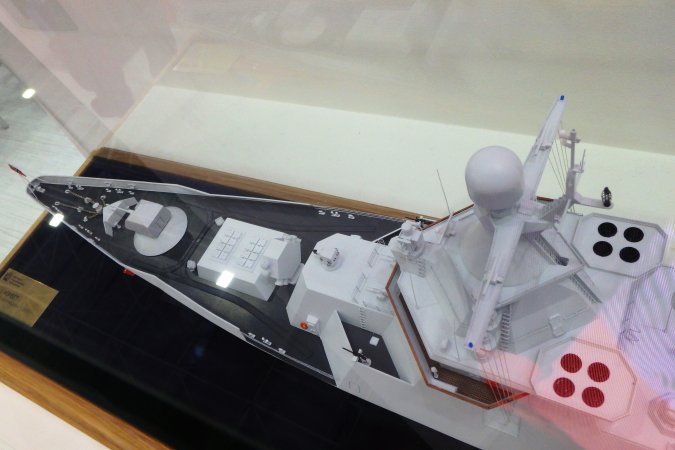 Commissioning of Caliber missiles helped this task to be done by small ships. Thus, we have configured weapons so that the ship may operate in different theaters. Plus, everything can be modified depending on the corvette version.

Again, we presented only a concept, it is not a project yet, just a kind of a military and technical research.

What will ensure high seaworthiness for distant sea and ocean operations?

Many technical solutions are aimed at improved seaworthiness. The ships dimensions have increased, and are a bit unusual for 2,000-ton displacement. Comparing to the class-mates, the corvette is wider; its length is 118 meters, the gravity center is switched to aft. Sure, the seel increases, but we damp it. 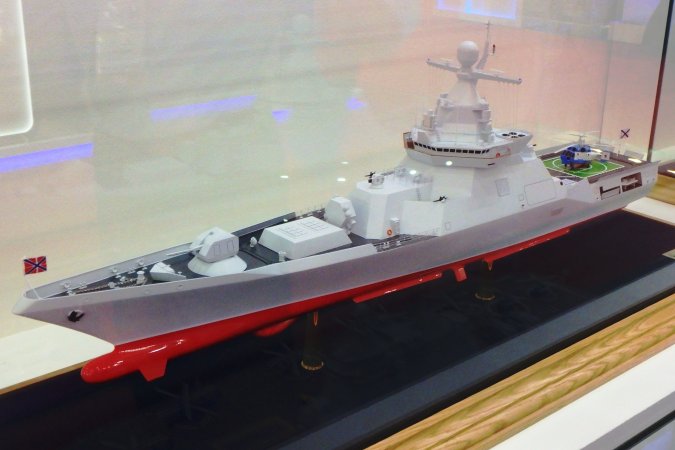 The underbody has a bow bulb, fore damping wing, roll stabilizer and bilge keels. The less pitch amplitude, the wetter deck is. To reduce it, we have made the board higher.

Example, when designing their latest ships and obtaining required speeds, even Americans faced dropping navigability. So, a well-balanced solution is crucial here.

What amazes much is the ships engines  we noticed water jets...

They feature high speed. Though being criticized for lower efficiency. We can reach the same 30 knots using new Russian-made gas turbine engines or a combined propulsion plant. Everything depends on the tasks.

The concept implies different versions, right? Could you name them?

Thats an X-factor. In Russia, our fleets differ by theaters: the Pacific Fleet is one thing, the Black Sea Fleet is a quite another. Indeed, if a ship is standardized in platform, its functions can be combined. It is just what shipbuilders do in Europe, say, in France.

We offer a versatile corvette platform that can perform combat missions in different theaters at relatively low cost. We have taken all steps to cheapen construction and ensure wider production. In the latter case, one may think of different versions like attack corvette, air defense, antisubmarine warfare, or landing support ship, including as a backup for landing ships that we design as well.

What may help build such ships faster and cheaper?


The information of the Krylov centers work on the new ship displacing 2,000-2,500 tons emerged back in the spring 2017. The center presented the corvettes model for the first time at the Army-2017 forum.

Earlier on, media called the prototype corvette Breeze, its model was supposed to appear at the IMDS-2017 naval show, but at the last minute the demonstration was cancelled. 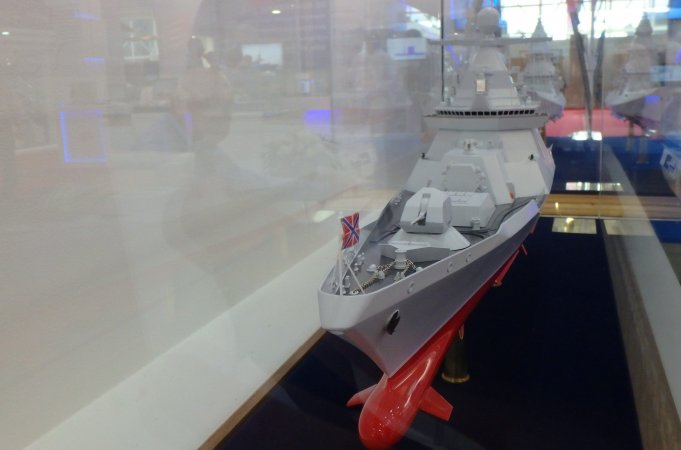 Air defense of the corvette is provided by 16 long- and 32 short-range antiaircraft missiles. In addition, the ship is equipped with the 100-mm standard gun mount and two 30-mm six- (or twelve-) barreled rapid-fire automatic guns. Antisubmarine and antitorpedo weapons are represented by two Paket-NK 324-mm four-tube torpedo launchers.

On August 23, during the Army-2017 forum, the Krylov centers showroom was visited by deputy defense minister Yury Borisov. The shipbuilders explained him advantages of the ship over analogous projects, and handed over designing documents regarding the light aircraft carrier. The future of the both projects depends on the Russian defense ministry now.