The concept of advanced light aircraft carrier will be presented in December 2017, reports Mil.Today referring to the Krylov State Scientific Center that proactively works on the ships design.

Upon completion of the first designing phase of the new carrier, the Krylov center experts will draft export and promotional documents for the project, said an insider. 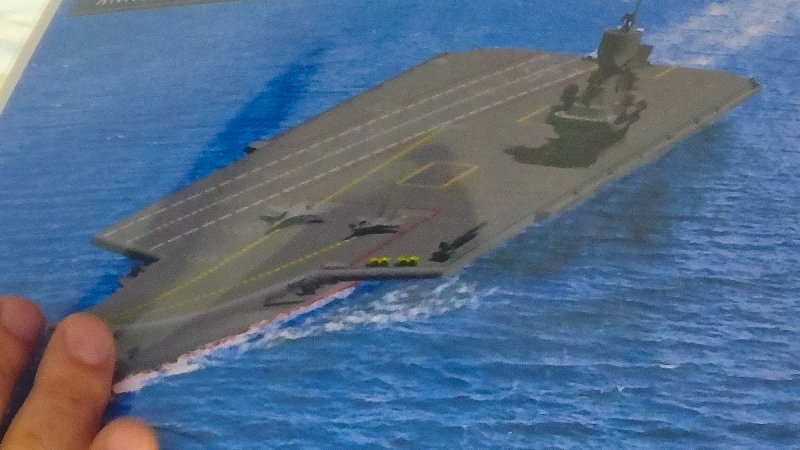 Concept of the light aircraft carrier by the Krylov State Scientific Center
Mil.Today

"Well try to do that by a streamlined scheme. The concept will be an addition to our carrier Storm. Light carrier is cheaper and faster to build", he added.

Estimated displacement of the carrier is 30-40 thousand tons; number of aircraft is 40-50. The ships air wing is expected to include deck-based fighters Su-33 (or shipborne version of Su-35), and MiG-29K. Basing of the deck-based version of the newest MiG-35 in not considered yet, as the MiG Corporation does not develop the shipborne variant. Besides, early-warning aircraft and Ka-27 helicopters will be capable to take off the new carrier as well.

Such aircraft carriers can be built at Sevmash or Zaliv shipyard (Kerch, Crimea), said the source at the Krylov center.

Sergey Vlasov, director of Nevskoye Design Bureau creating projects of aircraft carriers told Mil.Today that "the bureau is not involved either in Storm or light carrier projects now".

According to him, this issue is in focus of the Krylov center. Mil.Today found out that the Krylov center was developing the light aircraft carrier concept in August 2017 at the Army-2017 forum.

Although designers did not present the carriers model at the forum, it was already made. On August 23, the exhibition booth of the Krylov center was visited by deputy defense minister Yury Borisov. The shipbuilders handed him over the documents on the light multirole carrier and told about the concept of the prospective corvette for Russian Navy armed with Caliber cruise missiles. The future of the both projects depends on the defense ministry.