On October 26, 2017, the Kurs Central Research Institute won the tender for R&D project of test samples of fiberglass self-righting lifeboat, reports state procurements website. The institute confirmed that information to Mil.Today, though refrained from detailed comments.

According to the tender documents, the R&D project will result in samples of lifeboats, boat davits, and boat lifting cranes for their further batch production. The rescue equipment will meet the needs of the Russian Navy and civil fleet. The project is implemented under Russias import substitution strategy. 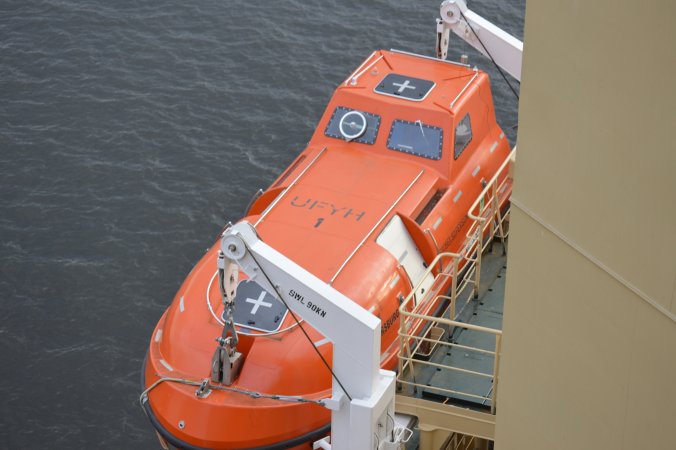 The procurement docs also provide for production of two testing samples of a lifeboat accommodating 55 men, and other two 37-seat boats. Besides, it is planned to make test samples of a boat davit lifting 7 and 9 tons.

The lot costs 420 mln rubles, the works must be completed in 2019. The tender was also attended by Vineta machine building enterprise, though yielded to Kurs institute.

In the interview to Mil.Today, Nikita Maksimov, a project manager at MSS called lifeboats a key element of the life-saving activities at sea.

According to him, with current achievements in materials technology, the main focus in manufacturing of rescue facilities should be placed on advanced high-end materials.

"Basic lifeboat's parameters like strength, repairability, and thus, floodabilty, buoyancy and thermal conductivity depend on materials the vessel is made of", he added.

Maksimov believes key features of lifeboats are their buoyancy and floodability, as these are the main factors affecting lives of the people on the rescue craft.

The expert named a materials weight as the second important point: lighter boats are easier to float out. This would help to make a lifting crane more compact. "Then goes thermal conductivity of a material, as one needs to keep warmth inside the boat", he said. "Finally, much attention should be given to arrangement options and the use of the most powerful radar signaling assets, to make people be detected at the possibly longest distance", concluded the expert.

According to the informational and analytical online service, in 2016 the Kurs Central Research Institute won two tenders out of five attended; in 2015, it won five tenders out of seven.