Export version of the Project 21810 medium landing ship debuted at the Army-2017 forum, representative of the project developing company, Severnoye Design Bureau, told Mil.Today. The ships model was presented at the showroom of the United Shipbuilding Corporation (USC).

According to the Mil.Todays insider, the project is by no means innovative, designing works started about ten years ago. Due to lack of money to build such ships for Russian Navy, they made an export version, added the insider. 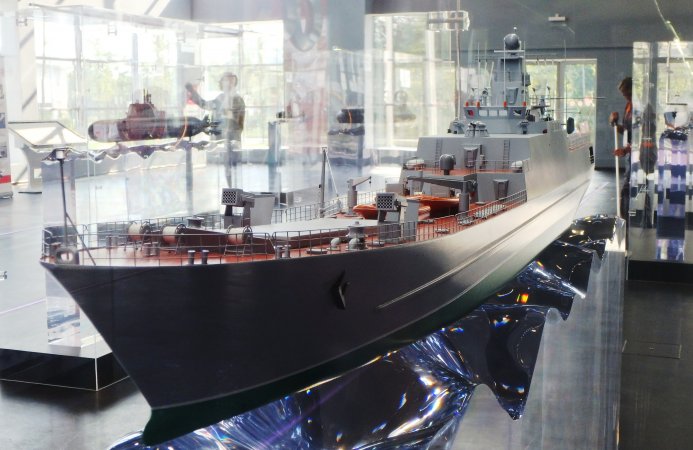 In the interview to Mil.Today, the official from Severnoye bureau refused to disclose details referring to "sensitivity of the project data".

Open sources say the Project 21810 ship is designed for landing operations on unprepared shore and destruction of enemy troops before landing.

The ship accommodates five tanks up to 55 tons each and 200 men including tank crews, plus 300 tons of military cargo.

The export version of the landing ship is supposed to have two 2,700-kW Finnish diesel engines Wartsila.