The project of an individual system to rescue people from high-altitude facilities hit the top-five rating of the Dual Technologies sector of the Generation S accelerator. It is a pneumo-framed structure forcedly unfolded by a gas-filling ejection system integrated with pneumatic damping shock absorber. Upon a certain adaptation, the system can be used for rescue of helicopter pilots and even the helicopters in case of emergencies, the equipments designer told Mil.Press Today.

"The pneumatically transformed autonomous backpack rescue system (SPARS) is a new type of free parachute systems (FPS) not requiring a high-speed approach flow for opening of a screen canopy system. The facility is designed for emergency rescue of untrained people from the high-altitude objects, for example, in case of a fire in a skyscraper. 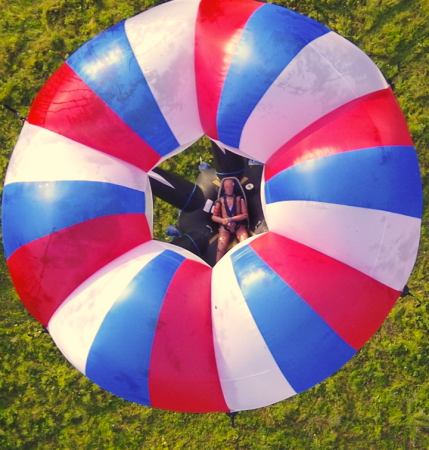 "The concept originates in the aerospace industry. For one, NPO Lavochkin worked on inflatable retarders and landing mats for descending planetary probes. We took the same principle and completely revised the technology", said Sergey Kulik, director general of Space Rescue Systems.

The experts developed the R&D project required for creation of a new aircraft, initiated a new GOST standard, and finally obtained a radically new SPARS parachute system that was patented in 18 countries.

Designers have passed the path from the concept creation to production of the pilot lot of the full-scale operational samples demonstrating technology. Although the system is oriented at the civil market, it has prospects for the military applications.

For example, PARACON system, another patented version of that system with conic aerodynamic screen and pneumatic landing damper can be used for airdrop delivery of personnel in complex urban conditions. 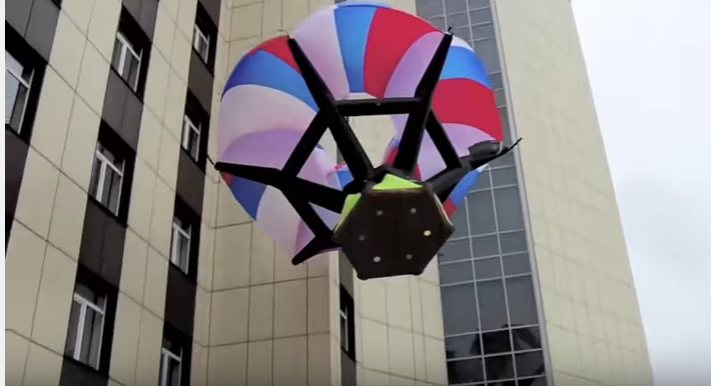 PARACON ensures landing on any surface or water, does not catch hold of walls when in flight, but jumps off if colliding them, and gets back if turned upside down by air streams. Comparing to the civil version, it has higher descend speed, and the kevlar-reinforced bottom that can be used as an anti-bullet screen.

"We have preserved and re-mastered a number of almost forgotten and lost aerospace technologies that can be used not only in civil market but for the benefit of national defense, too", added Sergey Kulik. 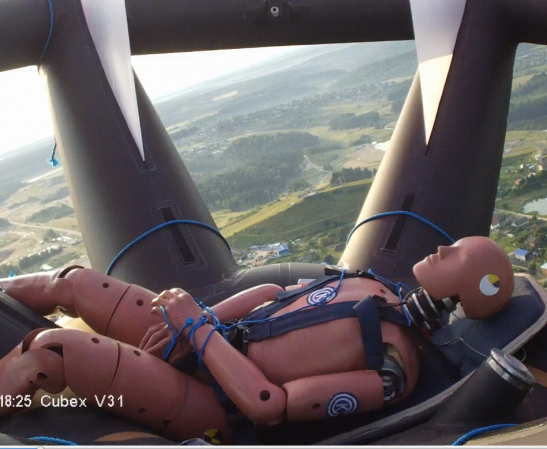 In particular, that relates to the fast-acting pneumatic amortization and shock damping systems while airdropping of valuable cargoes or emergency landing of light airplanes or helicopters. The use of pneumo-framed parachutes with forced unfolding can resolve the helimen rescue problem, which is urgent all across the world.

"The developed technology implies the possibility for improvement and adaptation for particular missions. As is appeared, it can underlie the pilots individual rescue facility applied after escape from a helicopter. It is possible to consider its use as a fast-filled damping pad for soft landing of an emergency helicopter", said Kulik.

The expert added that in case of landing in the uninhabited areas, the pneumo-framed parachute can be used as a temporary shelter, or as a rescue raft in case of а splashdown. 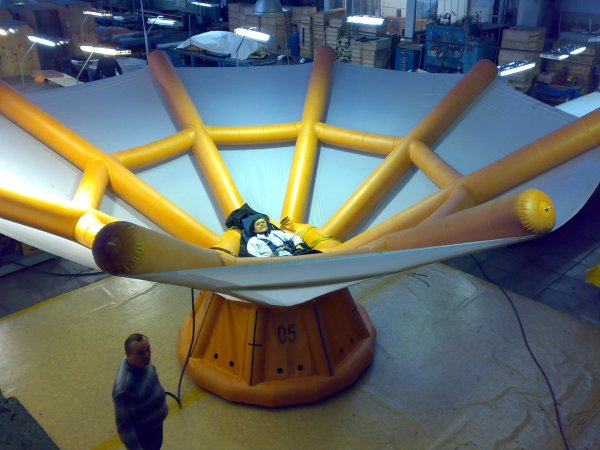 "The designed project is quite effective in rescuing people from high-rise buildings. In fact, the concept applied in SPARS can form the basis for a system to save both the crew and a helicopter as a whole. This will be a radically new solution", said Viktor Naumov heading a research department at NPP Zvezda.

As for the expert, such system has advantages and drawbacks. The first group includes effective operation at low altitudes. However, classic parachutes are much lighter and more compact.

"Currently, they use analogous solutions in the military. For instance, for heavy equipment airdropping, the parachute system includes inflatable retarders that provide softer landing. However, to integrate pneumo-framed parachutes as a self-sufficient rescue aid, huge work should be done. Anyway, the technology is quite promising", added the expert.

Regarding the helicopter crew rescue systems, the global trend is focused on increase of effectiveness of energy-absorbing crewseats and associated cockpit redesigning. These technologies are widely applied. 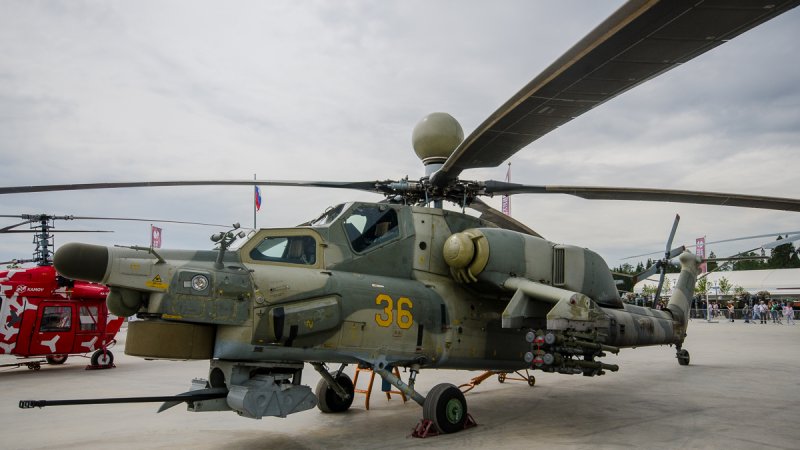 The similar technology in used in the passive protection system of Mi-28N helicopters. The Night Hunter is equipped with the landing wheels damping system and energy-absorbing crewseats designed by NPP Zvezda that protect the crew from overloads of emergency landing.

The example is the accident happened to the Mi-28 helicopter on August 2, 2015 at the Dubrovichi range in Ryazan Region. The helicopter performed rough landing in the windmill mode. After the impact, the co-pilot survived and managed to escape the burning helicopter.

The industry-specific sector Dual Technologies under the Generation S accelerator was kicked off by the Infrafund RVK with support of Voentelecom, Roselektronika, and the Ilyushin aircraft complex. The official presentation of the Dual Technologies was held at the Army-2017 forum. In the course of the multiphase selection, 22 projects out of 400 bids were chosen that had clear prospects for application in armament, military and special hardware. The expert panel chose 5 best projects. The finalists will compete for the 16-mln RUB prize fund. The results of the accelerator will be summed up late in April.