The Russian-made unmanned motorboat will be placed onboard the Project 12700 mine countermeasures ship Ivan Antonov. The drone boat was developed by the Almaz Design Bureau, its director Alexander Shlyakhtenko told Mil.Press Today.

The floating drone is based on the rigid inflatable boat BL-680 made by Mnev & Co. It is to be placed onboard Ivan Antonov in May 2018, Shlyakhtenko added. 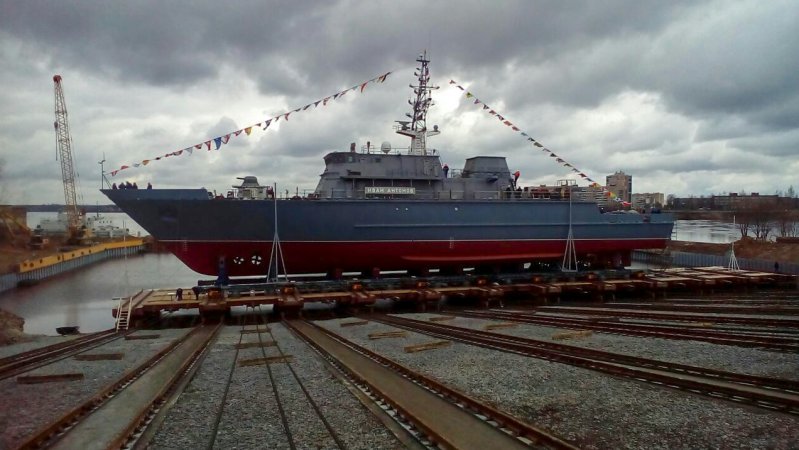 The robotized boat designed by NPP Aircraft and Marine Electronics was considered as an alternative; however, the minesweepers designers rejected that boat for unknown reasons.

The mine countermeasures ship Ivan Antonov was put afloat on April 25. It is the third Project 12700 minesweeper built by the Sredne-Nevsky Shipyard in St. Petersburg. The lead ship, Alexander Obukhov, was commissioned in December 2016. Georgy Kurbatov should have been the next ship in series, though her hull was damaged by fire, so the launching was deferred to 2019. Ivan Antonov is planned to kick off sea trials in the coming fall and join the Russian Navy in the yearend.

The project 12700 lead minesweeper is equipped with French-made unmanned motorboat Inspector Mk2. According to information available to Mil.Press Today, Russia had initially planned to localize production of drone boats, however, abandoned these plans in favor of development of domestic unmanned facilities. France managed to supply only three Inspectors out of four contracted ones.