Digitalization of Shipbuilding Defers: Digital Models to Come into Use at Least in 2021

Russian Defense Ministry and United Shipbuilding Corporation (USC) will integrate digital models at shipyards and design bureaus not earlier than December 2020, and the exemplary digitalization of a ship project will be prepared by the yearend of 2022. The corresponding document was signed by the Russian Navy command and the Ministry of Industry and Trade, a well-informed insider told Mil.Press Today.

According to him, the military, industrialists and the USC are concerned over the digitalization program being implemented very slowly, and now the industry and the Navy are trying to speed up this process. The delayed mastering of fully digital ships designing, lack of digital models and insufficient data exchange impede execution of the state defense orders. 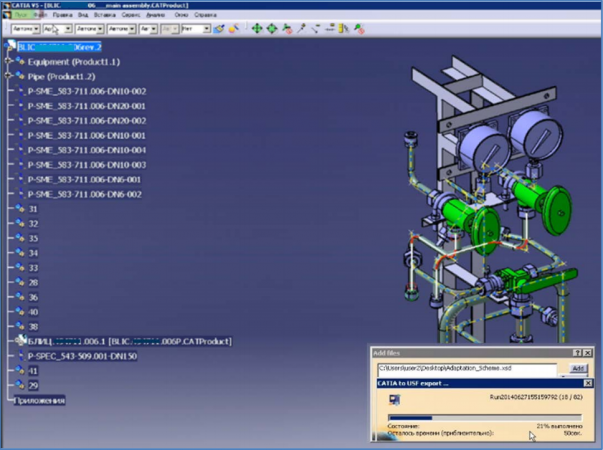 Besides, by December 2019 shipyards should adjust the process of prompt entry of data regarding the orders execution progress into the common electronic system, added the source.

The process is impeded by slow implementation of the Verf-M research and development project, another source told to Mil.Press Today. The project named "Development of the specialized software package for designed construction management of maritime craft and facilities, creation of the common industrial reference data system" (codename Verf-M) was announced for tender in 2016. Customer is the Ministry of Industry & Trade. The R&D project is being performed by the Russian Technological University (MIREA) and also involves the company named System Dynamics. Cost of works is 259 mln rubles.

The Verf-M project has a secured part, which will be soon accessed by the special military structures, Scientific & Research Institute for Naval Shipbuilding and Weaponry, and other associated parties.

In the interview to Mil.Press Today, an anonymous director at one of St. Petersburg-based design bureaus criticized the process of the R&D project execution. As for him, the project is not integrated into the systematic digitalization efforts of USC and does not meet the concept of design institutions and shipbuilders.

Another expert, deputy director of a leading design bureau shared that the deadlines for the digital models implementation could be easily deferred up to middle 2020s.

An insider of Mil.Press Today in USC explained that the companys project 100% Digital implementation was retarded by the security and secrecy issues. By the way, none of the current Russian CAD systems meets requirements formed for the project of fully-digital designing.