The third and fourth Project 636.3 diesel electric submarines (on NATO classification, Improved Kilo) for Pacific Fleet were laid down at Admiralteyskie Verfi shipyard in Saint Petersburg on Friday, November 1. The subs are named after the Russian cities, Ufa (serial number 01617) and Magadan (serial number 01616).

The keel-laying ceremony was attended by the workers, engineers and technologists of Admiralteyskie Verfi, designers and naval servicemen. 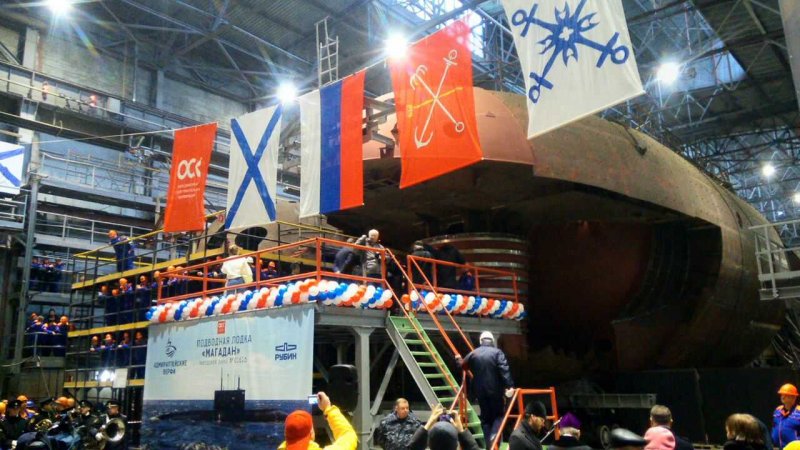 During his solemn speech, CEO of Admiralteyskie Verfi Alexander Buzakov said that the shipyard was successfully fulfilling the contract on submarines construction for Pacific Fleet. He assured that the whole series would be built and delivered in due time and at proper quality level.

According to the shipyards director, Magadan is planned to take sea in December 2020. Launching of Ufa is scheduled in 2021, he added.

Although all submarines of Project 636.3 have same design, their equipment is different, added the admiral. Configuration of each sub depends on specific nature of deployment areas.