To extinguish fires at constructed and repaired ships, it is offered to use the mobile container-based systems. That is a reaction of the company named RUnitor on the proposal to establish a uniform anti-fire standard for all members of United Shipbuilding Corporation (USC) announced in December 2018 by Aleksey Rakhmanov, USC president. The mobile system can be a remedy for shipyards that have no own fire brigades, directors of Russian shipyards shared with Mil.Press Today.

Fire accidents happened to corvette Neustrashimy, ASW ship Marshall Shaposhnikov, hydrographic surveyor Romuald Muklevich and icebreaker Viktor Chernomyrdin over 2018, are drawn together by a human factor. That is a conclusion the shipbuilders earlier interviewed by Mil.Press Today have come. The problem of fires that pushes back deadlines was one of the issues raised by Rakhmanov at the USCs year-closing press conference. 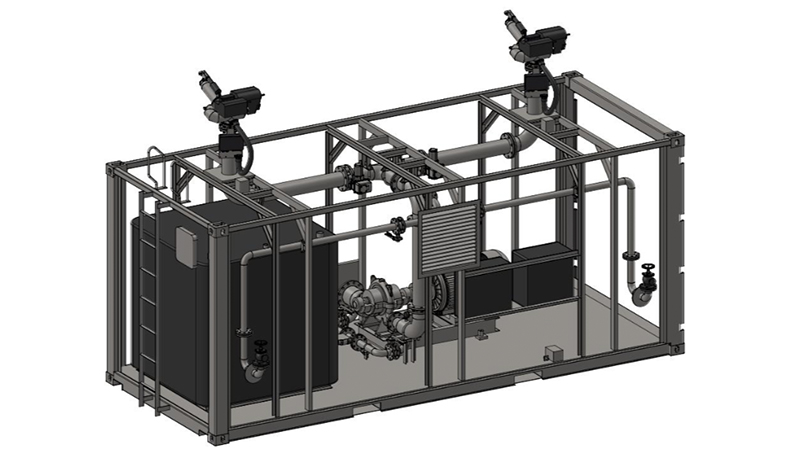 The Russian industrys first reaction on the stated problem was the offer to equip constructed and repaired ships with a fast-deployed fire warning system allowing for prompt response on ignitions and their localization. In its turn, the St. Petersburg manufacturer of firefighting systems, RUnitor, presented the mobile solution for fire extinguishing based on the 20-foot sea container. Initially, it was designed as a modular payload for tugs and other auxiliary vessels, Dmitry Dankin, RUnitor director and ex-engineer at a Russian Navy's Project 1155 ASW ship told Mil.Press Today. 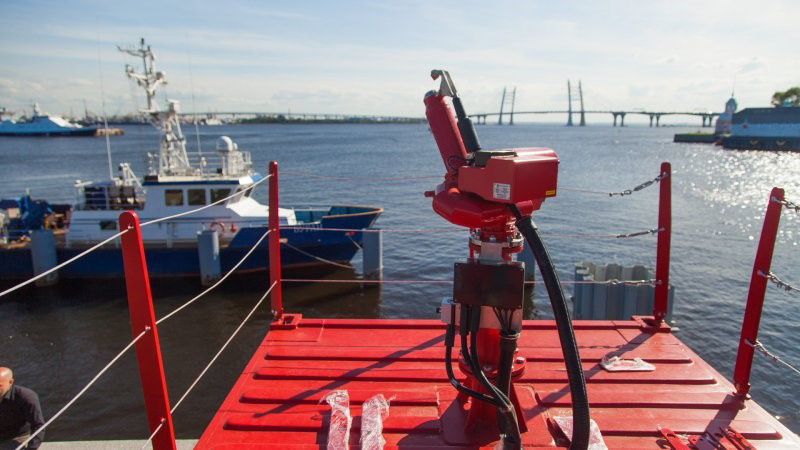 As for him, most fire-sensitive are the ships in dry docks. In this case, water and power supplies on board are limited, so in the event of emergency the crew cannot use the standard firefighting system. The system codenamed Whale enables fire extinguishing at the range of up to 200 meters by two firefighting monitors that supply either water or foam solution. Depending on the mission, it can be mounted on shore, on board of a constructed or moored vessel, in the dock, or another place at the shipyard. If the container is set in the floating dock or at the mooring berth, connection to the shipyards water supply system is not required, as Whale is capable to take the outside water.

"The firewater monitors are dual-controlled: either by wireless remote control station, for what one can use even a smartphone, or manually. Thus, the operator can stay right onboard the ship that is on fire", explained Dmitry Dankin.

It is offered to design the Whale system in two configurations: for external power supply and with built-in diesel generator. The first variant is tailored for more rapid reaction on emergencies, as the fire-extinguishing composition can be delivered almost instantly. The variant with standalone power supply needs up to 5 minutes delay to start and warm-up the diesel engine.

Dry weight of the system is about 6 tons. The optionally integrated vessel with the fuel spillage suppression foam weights the same. Whale can be relocated around the territory either by railway that large shipyards have, or on the vehicle chassis. The container is connected to water supply system or a water tank with a pipe, at least DN200. The system remains functional at negative air temperatures as well, an interviewee from RUnitor told Mil.Press Today. 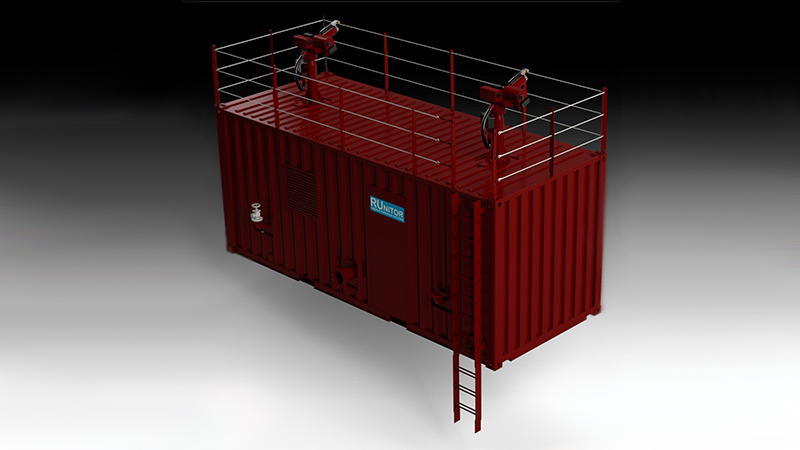 According to Ilyaz Mukhutdinov, director of the St. Petersburg shipyard Almaz, mobility is what makes such system so attractive. However, some companies have already handled this task by other means. For instance, the head shipbuilder at Sokolskaya Shipyard Aleksey Aleksandrov told Mil.Press Today there was a fire station in direct proximity to the yard, and a firefighting tug in the harbor. The same situation is at one of the shipyards in the Volga Federal District. Its director said a fire brigade was deployed right in the territory of the yard, and functionality of stationary fireplugs was permanently maintained.

Another source in the industry emphasized that fire protectability of a constructed or repaired ship can be only assessed by corresponding in-house trials. No matter what fire suppressant is used, stationery, mobile or tug-based, it must be checked whether water pressure is well enough to reach fire in the most distant hull sections, he added.