The laser system consists of three beacons: two glide-path ones and one localizer. The laser beams help an aircrew to observe an ideal landing approach path, the system's designers told Mil.Press Today. This maintains a safe flight altitude essentially eliminating the hazard of uncontrolled surface contact; provides accurate alignment with runway; and helps to find a flareout point and visually observe a runway touchdown point. 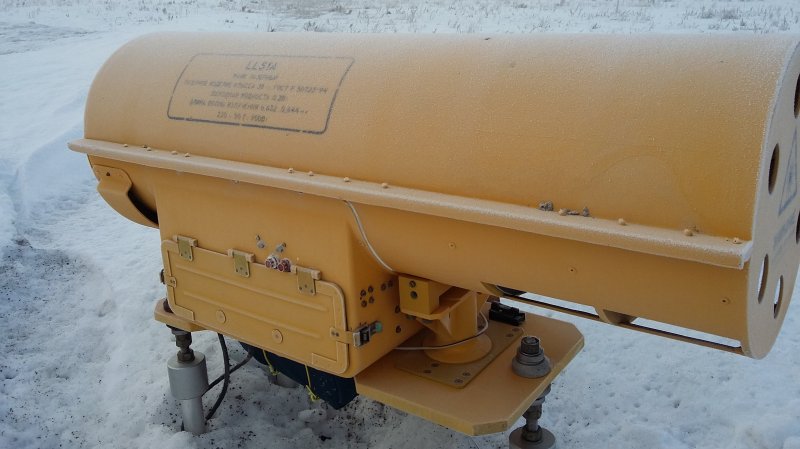 Furthermore, the designers say LLS 1A radiation is safe for the crew at any distance, because even at the module output, the beam density is 40 times lower than that of the common laser pointer.

According to Petr Sygourov, an advisor to the director of the company's research and technical center and the honored aircraft designer of Russia, the tests confirmed that the system's beams in some cases can be detected 7 km away from the airfield at the runway visibility not exceeding 250 meters.

The system is fully adapted for operations in the Arctic airfields, too, Sygourov added.

"The longer body on the one side is made on purpose. There are deflectors inside that prevent the laser modules from getting clogged with the snow. We gave up the heating system as in case of any heating the snow melts and the ice builds up. All that is made in order to plant the beacons on the Kotelny and the Novaya Zemlya islands, to mark ideal landing paths in severe conditions. The system does perfect in the polar night as well", said the expert. 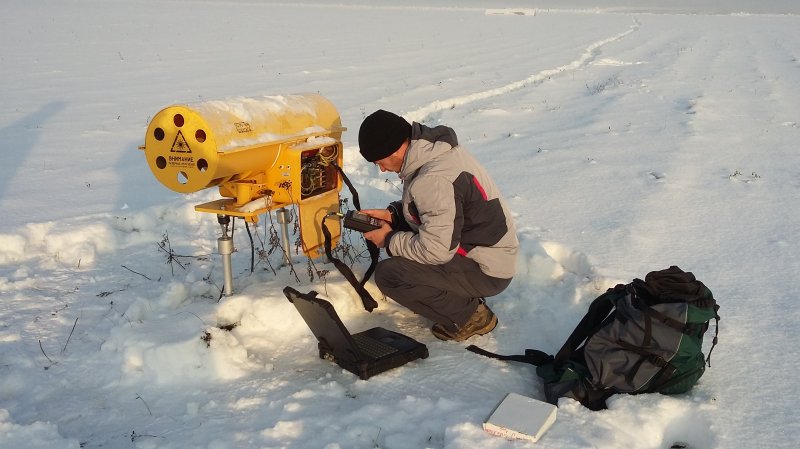 A source of Mil.Press Today formerly engaged in the meteorological service at the Temp Airbase agreed that such system could be useful. Example, in case an air ambulance is urgently needed on the Kotelny Island at the heavy weather conditions. In such situations, an additional support of this kind would be quite helpful for pilots.

However, Gen. Maj. (Air Force) Alexander Akhliustin took the presented novelty skeptically: "The laser course-glide systems are an old story that was not widely used, except maybe on aircraft carriers. We train our combat pilots to land with the glade-path radio beacons. Sure, you can install the laser system somewhere at a field runway, as it is easier to deploy than a radio beacon, but this will uncover both the airfield and the approaching airplane", said the officer.

For the first time, the laser aircraft landing system with course/glade visualization was applied in 1971-1973 by Igor Berezhnoi, head designer at the Automatic Systems Design Bureau.