The micro-sized quadcopter that fits on the palm was demonstrated at the Army-2019 forum. This is a joint project of the ERA military innovation technopolis and the company named Decima. The drone can perform recon missions, carry light things and make building layouts. In the long run, the UAV will consist of only Russian-made components and have expanded functions.

The microcopter is capable to fly 2 km and carry a cargo weighing up to 15 g. The flight time is limited by 10 minutes. The drone is designed, in particular, for tactical reconnaissance during special operations. It can automatically fly around a building with further laying out its premises. The designers believe it will considerably facilitate orientation of specops units in the unknown areas. 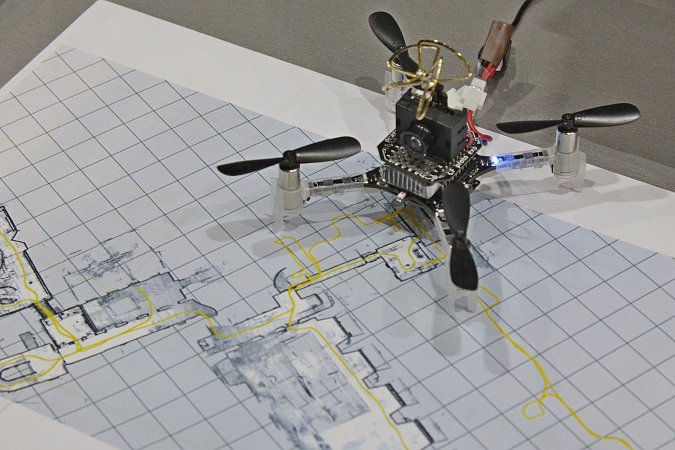 "Now were analyzing the drones operation modes and give recommendations on its use, adapt the system to the military applications", said Vladimir Ilyin, operator of the 4th research company. "Future plans are to expand functions of the nanodrone. One of the promising areas is implementation of the swarm intellect with further group usage of the midget recon drones".

So far, the UAV is made of the foreign components; however, there are all opportunities for designing of an entirely Russian drone, assured the interviewee. According to Vladimir Ilyin, production of all the required elements is available in Russia.

The Fifth International Military & Technical Forum Army-2019 closed on June 30. It took place at Patriot Congress & Expo Center, at Alabino Range and Kubinka Airbase. In June 26-27, the forum was open only for experts, and in June 28-30 it welcomed mass visitors.