A source in the company confirmed this information. He said the design bureau would also demonstrate the midget submarine Piranha-T, and the booth of Malachite within the pavilion of the United Shipbuilding Corporation would be larger than at the Army-2019 forum. 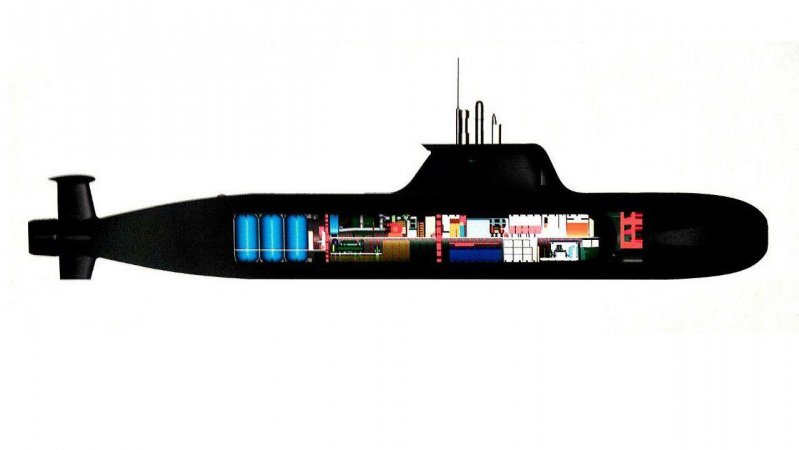 P-750B sub is supposed to have a closed-cycle air-independent powerplant with gas turbine engine.

The Malachites director Vladimir Dorofeyev and head designer Igor Karavayev told Mil.Press Today about this project at the Army-2019 forum. Dorofeyev said such a submarine could be created within 5 or 6 years. Answering the question about the battery-free submerged speed of this kind of a sub, he said 10-12 knots.

In his interview to Mil.Press Today, Karavayev told about the powerplant. While on surface, the sub uses atmosphere air. Under water, oxidizer goes from the Dewars vessel where the liquid oxygen is stored. The gas mixture generated by the turbine is purified and frozen, emitting nothing outside. Thus, the submerged speed without batteries (only powered by the anaerobic plant) exceeds 10 knots.


The key advantage of an air-independent powerplant is improvement of a submarines acoustic discretion. Subs become capable of staying underwater without the battery-charge surfacing for up to 2-3 weeks. Since 2010, Malachite bureau has been proactively designing the closed-cycle gas turbine anaerobic powerplant.