Representatives of the Federal Service for Military & Technical Cooperation (FSMTC) disclosed details of the status determination of the portable aids for civil drone countermeasures. The experts said there was no common vision whether these devices are military-use products, not only in Russia but worldwide, too. FSMTC advocates conclusive solution of the matter.

After discussion with the drone guns manufacturers, Mil.Press Today sent an official request to the FSMTC director asking the reasons for delay in issuance of documents confirming that such devices are not the military-use products, so can be exported, and when these documents would be formalized. 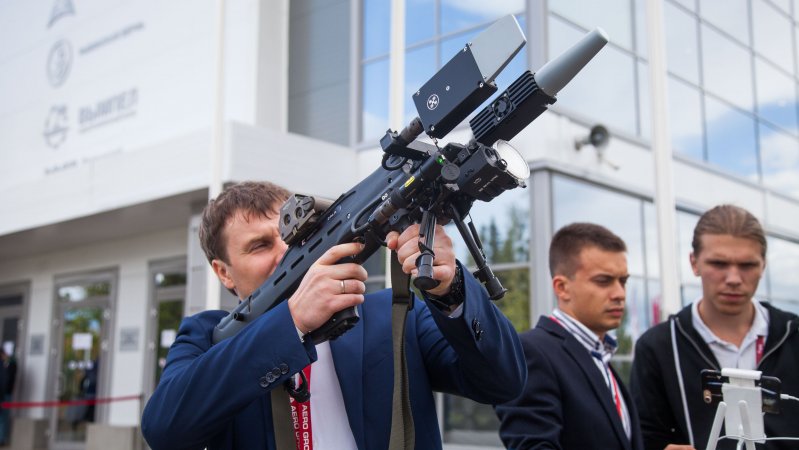 The FSMTC press service reacted promptly and replied that there was no any relative document, as the final decision had not been made yet.

"Competent federal executive agencies consider classification of drone guns as military products, since these systems have a number of attributes of electronic warfare equipment. The work is underway in due and strict adherence to the Russian laws regarding international military cooperation. The manufacturers will be properly notified on the results of the joint work performed by the federal agencies", says the official reply.

An informed insider told Mil.Press Today there was no clear understanding how to classify the anti-drone systems even at the international level.

"So far, the world is not of one mind whether they are military hardware or not. Our colleague recently attended an international arms export control conference. Things are obscure there, too. Technically, some systems are pretty functional. There are companies whose products can even shot down a landing plane. FSMTC advances an initiative to categorize these systems once and forever", explained the expert.

The problem of drone guns export is currently critical both for private companies and large defense corporations.

According to a research made by Mil.Press Today, security agencies of the neighboring Belarus have already determined the status of these products. All projects related to electronic warfare are considered military there, so getting access to them is problematic even for Belarusian residents.