"According to the training plan, airborne troops will be applied in Arctic. There they will carry out landing under severe climatic conditions on a confined area, for example, on a drifting ice floe. The exercise is scheduled in March or April", reports citing Kochetkov. 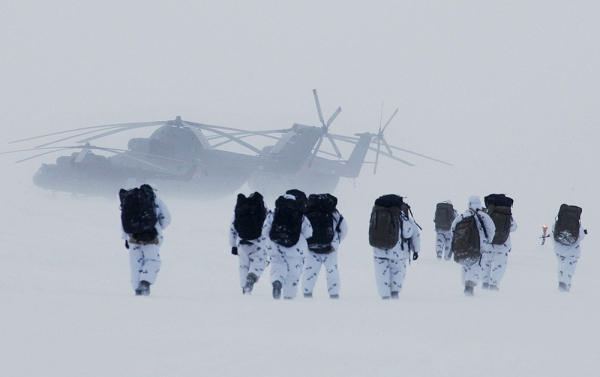 According to him, paratroopers use a new modernized controlled parachute system named Arbalet-2 designed for reconnaissance units and airborne troops. Tests of this system with oxygen equipment are at the closing stage at the moment; such system would allow dropping paratroopers from the altitude up to 8,000 meters, said the general.

The Arbalet-2 system is designed for safe parachuting of a person having mission weight up to 150 kg from an aircraft flying at a speed up to 350 kph. It can be used at temperatures from - 35°C to + 35°C.

Earlier on, Russian Defense Ministry reported about plans to perform a massive parachute operation near the North Pole in the first half of 2016. The Russias first-ever Arctic landing operation took place in the spring of 2014; a battalion of the 98th Airborne division (350 men) landed on the Kotelny Island (New Siberian Islands).