1300-fold excess radiation was detected on the Lake Ladoga islands popular with tourists. In 50s, there was a testing range for warfare radioactive agents.

Spots of radioactive contamination were found on the northern islands of the lake, while being a popular camping resort amid residents of Saint Petersburg and Leningrad region. According to the Greenpeace report made in response to Mil.Todays request, one may take an annual radiation dose in three hours there. 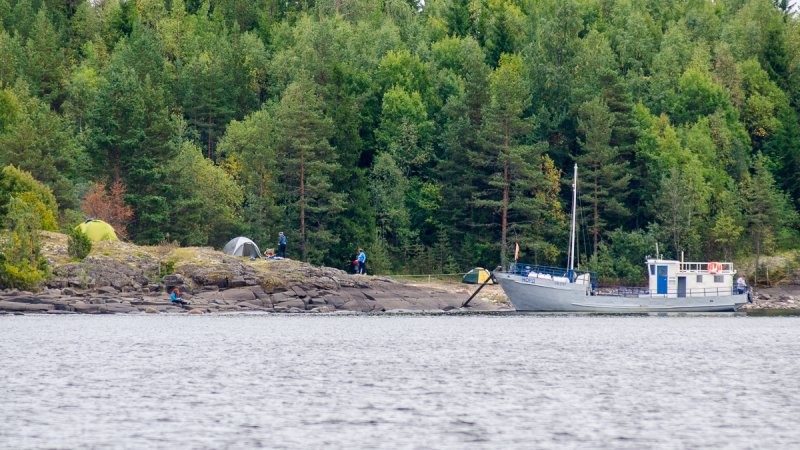 The data on ecological situation in the lake was obtained thanks to a journalistic investigation done by Mil.Today. Later on, the Rosatom experts visited the former military range. They classified soil samples taken from the islands as Class Four disposable radwaste, i.e. meant to be placed into near-surface burial sites.

Although Rosatom, the Russian state atomic energy corporation, has been posessing radio contamination charts of the Lake Ladoga for 15 years, neither local authorities nor EMERCOM have obtained them so far. In their replies to journalistic requests, they refer to reports of civilian ecologists dated 2013 that took samples only along coastline of the contaminated islands.

Any decision regarding deadlines for salvation of the popular touristic sites from the Soviet legacy has not been made so far. According to Rosatom, the information on the nature of contamination will be sent to "governmental and municipal authorities" that are to draw the line in the history of the military nuclear test facility. Similar works on the other objects are applied for inclusion into the Federal Nuclear and Radiation Safety Program for 2016-2020 and up to 2030.

Warfare radioactive agents were tested on the Lake Ladoga in 1953-1955. Later on, that kind of mass destruction weapon was declared ineffective, and the project was winded down. The military were cleaning the site in late 80s and early 90s, however, locally contaminated areas still remain on the islands of Makarinsaari, Kugrisaari, and Bezymyannykh.