Russian Nuke Sub Burned 600 Miles off the US Border

The fire raged for about 10 hours on the Russian nuclear-powered submarine Krasnoyarsk being disposed at the Kamchatka peninsula. That was the third similar accident happened in the recent three years to Project 949A Antey submarines.

All these fires were caused by either repair or disposal works on the atomic subs. In 2013, fire teams were sent to the Zvezda shipyard in the Far East, where SSN Tomsk was under technical recovery. The fire broke out during welding works with burning of inter-hull heat/sound insulation material between the outer casing and the strength hull. Fifteen military servicemen taking part in the firefighting activities suffered. 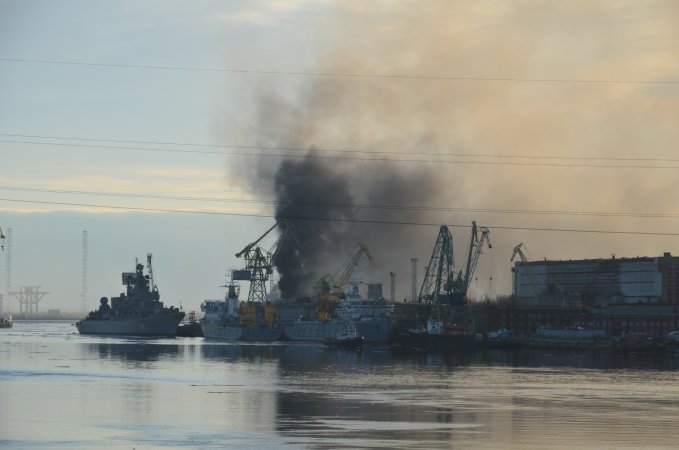 Seven months later, in April 2015, her sister sub SSN Oryol inflamed in lift basin at the Zvezdochka Ship Repair Center (Severodvinsk, Russia). The fire extinguishing operation took about 10 hours and needed partial flooding of the submarine. Neither the sub crewmen nor the shipyards workers suffered.

Finally, on April 27, 2016, the fire happened at the North East Repair Center on the disposed SSN Krasnoyarsk (Project 949A). The shipyard representatives said the accident was "no big deal", and officials of the Far East Shipbuilding & Ship Repair Center even called the fire "a drill".

Project 971 Schuka-B nuclear submarines hold the second position in terms of fires happened in the recent decade. Disposed SSN Ak-Bars was on fire in Severodvinsk in 2010. Cable routing ignited during hot works, and smoke blanketing occurred. All shipyard staff was timely evacuated, and the troubled section was flooded.

Two years later, vapors of alcohol/acetone mixture used for equipment drying ignited on the same-type SSN Gepard in Gadzhiyevo. An employee of the 10th Ship Repair Plant suffered in the accident; his left hand and left cheek were smoked.

Totally, in accordance with open source data, there were at least nine fires happened to nuclear subs at Russian shipyards throughout the last decade.