The Northern Fleet's landing ship Aleksandr Otrakovsky returned to her homebase Severomorsk on June 30 after a record-long cruise started back in November 2014.

According to referring to the fleets press service, the 588-day long cruise of Aleksandr Otrakovsky is the ships history-longest deployment away from the homebase. 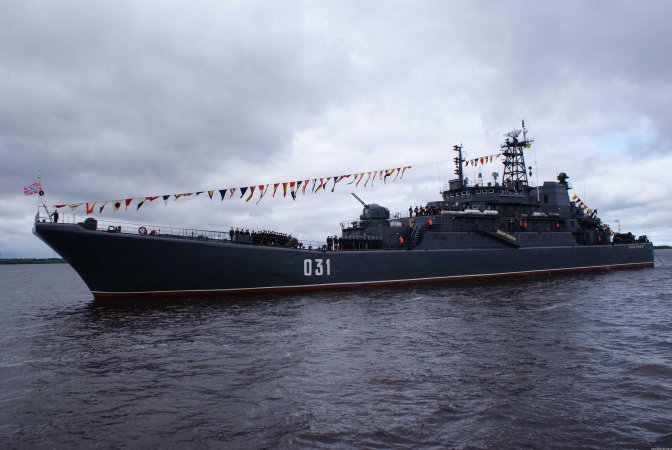 The ship sailed off on November 20, 2014. Aleksandr Otrakovsky joined the Russian Navys task force in the Mediterranean Sea, many times called at the port of Tartous, Syria, and attended the Sea Cooperation 2015 Russian-Chinese exercise.

In total, the ship has covered around 65,000 nautical miles. During stays at the Black Sea Fleets bases, the ships crewmembers were granted scheduled leaves to spend time with their relatives. Throughout the deployment, 3 boys and 2 girls were born in the families of the ships sailors.

The crew was congratulated on the arrival by Vice Admiral Nikolai Yevmenov, the Northern Fleet Commander. He appreciated the crewmens contribution in fighting of international terrorism, their professionalism and excellent naval skills.