Based on the available facts, the experts suggest there was a battery ignition in the sub, which the crew failed or could not cope with.

Such indirect facts as absence of signals from main and reserve communication systems or emergency buoys, failure to find life rafts etc. indicate that the submarine perished under water, without surfacing. In this case, the buoys might not eject due to either fast falling on the bottom or considerable listing. Even if the buoys were launched, it might be too deep for them to surface. Length of the rope was not enough to let the buoy reach the surface; the buoy length is also related to the capabilities of submariners personal salvage aids. 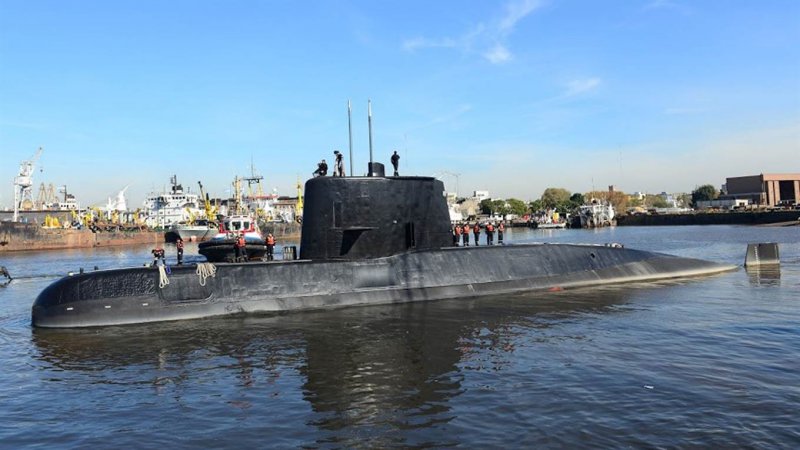 According to official statements, on Nov 15 the San Juans crew reported on problems with batteries which were allegedly resolved. In this situation, further passage should have been done only in surface position. However, in view of poor navigability of low-displacement submarines, the commanding officer and higher officials might wrongly decide that the batteries issue had been neutralized by disconnecting failed jars, and chose diving to reduce the rolling effects.

Officials stated about an abnormal single short powerful non-nuclear occurrence on Wednesday, Nov 15, that corresponds to explosion and was recorded by several independent agencies.

Grown load on the remained batteries or other power energy problems could lead to explosion of batteries themselves or concentrated hydrogen with further volumetric fire. The sub had no weapons onboard, and blown batteries typically sound just like torpedo burst at first acoustic analysis.

In case of battery explosion, the submarines strength hull might instantly go broken, and the submarine then sank.

If the incident was followed by the volumetric fire, the bulkheads burned down, pipelines and ballast tanks were decompressed and took sea water inside the sub, with further sinking.

The acoustic effect after collapse of bulkheads (if the hatches were buttoned) and the strength hull while falling below the limit depth is hardly probable, as prevailing depths in that area are about 200 meters. For information, the sound of collapsing bulkheads must be registered by sonars separately.

The fact that the submarine could be on surface while ignition or/and explosion does not cardinally change the potential accident picture. By the way, most of the subs perished by fire did manage to surface before sinking (K-8, K-219, K-278), but the damage control activities were ineffective, and those subs sank anyway. Volumetric fire at large submarines having lots of pressure bulkheads may last even several days. In this particular case, due to relatively small size of the sub, the scenario could develop rapidly, leaving no chances for proper putting afloat life rafts and the crew evacuation. Keeping in mind the stormy weather on that and further days, the possibility of successful getting on life rafts was minimal.

Timeframes of a grounded submarine search operation may vary from one day to several months or even years. Example, Israeli INS Dakar 77 was found 31 years after the tragedy. Depths and bottom contours are essential factors here.

Mil.Today keeps online broadcasting over the search-and-rescue operation in the Atlantic.

The text is based on the versions of Mil.Press experts, Capt 1 Rank Sergey Kubynin, founder of the Deep Storm website, and other submariners.

Mil.Today extends sincere condolence to families and colleagues of the San Juans crewmembers.