SSBN Ryazan Gets Back to Ranks After 5-Year Long Repairs

"The subs commanding officer reported that the onboard equipment was in service, and the crew was ready and willing to accomplish any mission assigned", reported referring to the navys spokesmen. 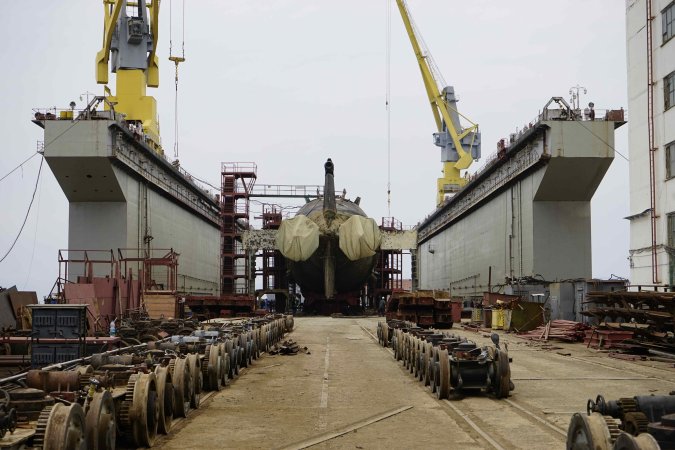 The sailors were met on the pier by the commanders, staff officers of the submarine division, families and relatives.

Ryazan has been undergoing repairs at the far-eastern shipyard Zvezda since 2011. The overhaul has not been without problems: on December 29, 2015 the Commercial Court of the Primorsky Territory obliged the Zvezda shipyard to pay one of the counterparties that had repaired onboard equipment 148.1 mln rubles for work plus 5.5 mln rubles compensatory interest for retention of funds.

Initially, it was planned to commission SSBN Ryazan in 2013. Then the works completion was postponed to the end of 2015. Later on, the landmarks deadline was extended once again, to April 2016.

Ryazan is the Project 667BDR Calmar (Delta III class) nuclear-powered ballistic missile submarine. The sub was laid down on January 31, 1980 at Sevmash, the breeding ground of Russias nuclear fleet. Two years after the keel-laying, the submarine joined the Soviet Navys Northern Fleet. In 2008, Ryazan moved to the Pacific Fleet.