As for him, after the trials, the frigate will go on a long-term mission. On September 8, the ship completed the week-long interfleet transfer from Saint Petersburg to Severomorsk and arrived at the Northern Fleets main base. 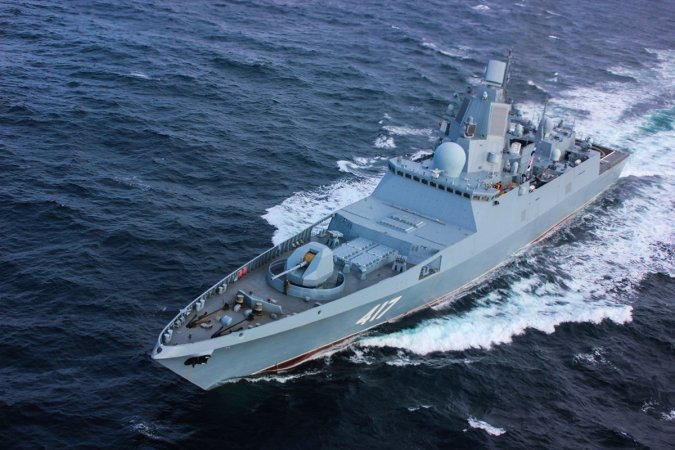 Late in June 2018, one month before the hoisting of the naval ensign, the routine firing trials were recognized successful only partially.

The need "to complete the air defense trials of these advanced ships (Project 22350  editorial remark)" was stated by deputy defense minister Alexey Krivoruchko on Friday, September 7, during the visiting meeting at Severnaya Verf shipyard.

As was said by the shipyards director Igor Ponomaryov in the interview to Mil.Press Today in August 2018, the separate R&D projects under the ship development program were held by defense ministry. "They were not attributed to the ship. However, we knew well that without a carrier frigate those works would not be accomplished", the Severnaya Verfs director shared.


The ships air defense system Poliment-Redut, designed under the same-named R&D project, was the key reason for frustrated commissioning of Admiral Gorshkov frigate into the Russian Navy.

In March 2017, deputy defense minister Yury Borisov blamed Almaz-Antey for delayed handover of the frigate to the Navy because of uncompleted R&D works under the Poliment-Redut project. The Admiral Gorshkov-class frigates will be the first ships equipped with this system integrating all onboard air defense assets.