So far, it has not been specified whether the point is a representative partnership or a potential localization of production in Russia. 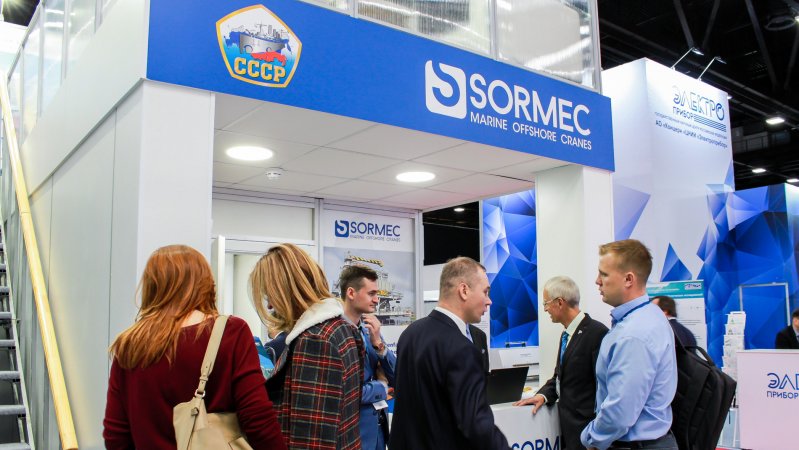 SBSR is already producing embarking davits and the range of proprietary ship-based lifting gears, including launch/recovery systems for one of the Russian Navys ships, Evgeny Zozulya, head designer at SBSR told Mil.Press Today.

In the summer of 2017, Sormec and Kingisepp Machine-Building Plant (KMBP) announced common plans to localize production of shipboard cranes. At the International Maritime Defense Show 2017, the latter presented a product line of deck-based equipment to substitute imported ones.

According to an informed insider in the industry, the Italian partners were dissatisfied with low rates of cooperation development with Russian customers. Another source shared that Sormec held off on full localization of production in Russia. Mil.Press Today failed to get timely comment from Angelo Angileri, a representative of Sormec.

In any of the joint projects with foreign partners, KMBP is primed to arrange a full-scale Russian production line with maximum degree of localization, the companys press service told Mil.Press Today.

The plans to localize production in Russia were also articulated by ECA Group (France). In the interview to Mil.Press Today in June 2017, the companys commercial director Dominique Mallet announced launching of the Russian-based production of unmanned patrol boats Inspector Mk2 and underwater mine-countermeasure drones Seascan Mk2. Later on, those plans were abandoned.