Displacement of the advanced destroyer being designed for the Russian Navy has increased up to 19,000 tons; the ship is to be equipped with nuclear powerplant, two informed industry-related insiders told Mil.Press Today.

On February 21, the destroyers matter was discussed in the United Shipbuilding Corporation, said the interviewee. 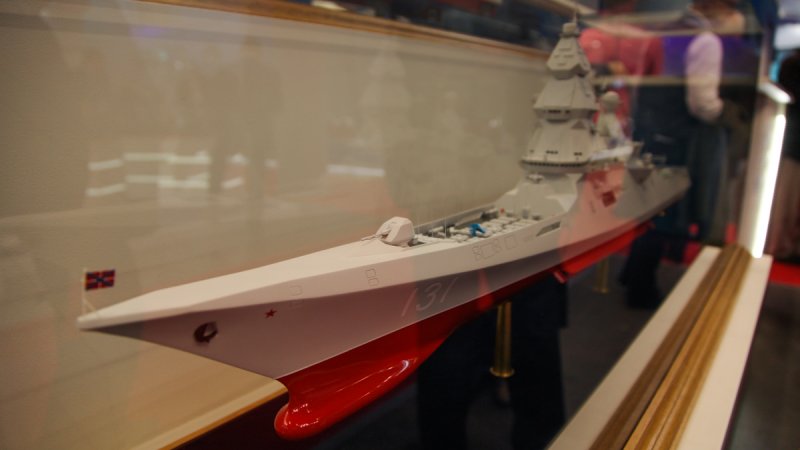 Along with that, the dates for commencement of substantive work on the ship have not been defined yet. The project designer, Severnoye Design Bureau, will kick it off sometime in the middle of the current state arms procurement program, thus construction period of the destroyer is rescheduled again.

The Krylov State Research Center initially offered two versions of the ship: one displacing 10-12 kt with gas turbine powerplant, and another one displacing 18-19 kt with nuclear reactor, said Valery Polovinkin, the centers head researcher. As for the scientist, opting for the latter variant is more logical judging from the "blue water navy" revival concept.

Engineering design of the newest Russian destroyer codenamed Leader will begin in 2019-2020. It is planned to complete this work by 2022, Russian Navys Deputy Commander Vice Admiral Viktor Bursuk told Mil.Press Today in July 2018.


The concept of the advanced ocean-going ship was developed by the Krylov Center, and Severnoye Design Bureau prepared the draft project of Leader-type destroyer. The ship is expected to displace 19,000 tons. Hull length is 200 meters, beam is 20 meters, max speed is 30 knots. Provisionally, the destroyer will be armed with 60 antiship cruise missiles, 128 antiaircraft guided missiles and 16 antisubmarine guided missiles.

Russias possible refusal of construction project for large surface ships, including destroyers, is set in the draft Shipbuilding Development Strategy 2035 prepared by the Ministry of Trade & Industry. According to one of the proposed scenarios, this may happen "due to considerable sequestering of military appropriations".