Showing up at the International Maritime Defense Show (INDS-2019), Nevskoe Design Bureau unveiled the model and characteristics of the export version of the new Russian large-size landing ship Cayman. It is based on the second series of Project 11711, reports Mil.Press Today from the event.

According to Aleksey Yukhnin, deputy director for shipbuilding and military cooperation at Nevskoe Design Bureau, Cayman is intended for taking onboard, sea transportation, and landing on an unprepared coast of troops and equipment during amphibious campaigns. The ship will transport troops, plant mine and net defense fields, as well as sonar buoys for underwater surveillance and positioning systems in the ocean, sea and littoral zones. 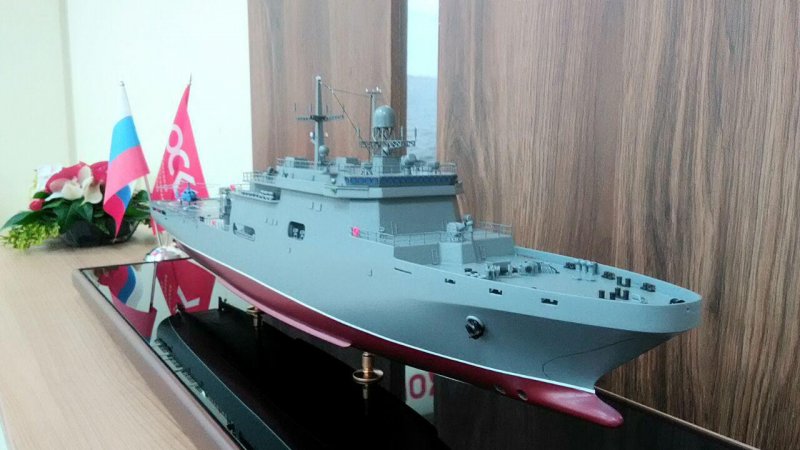 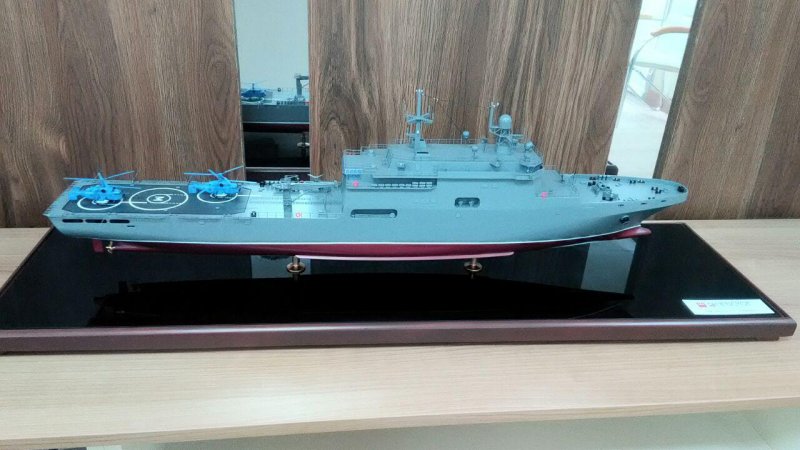 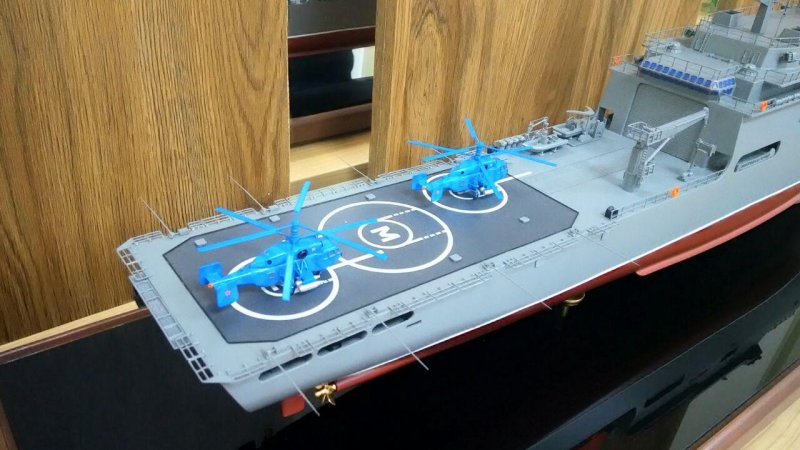 "We display this updated project for the first time, though beyond the open exhibit", added the spokesman of the Nevskoe bureau.

Caymans air group will consist of ten assault transport helicopters and two search and rescue ones. In addition, the ship will accommodate up to six landing boats lifting at least 45 tons each.

As a reminder, two landing ships were keel-laid at Yantar Shipyard in April 2019; both are of the second series of Project 11711 named Vladimir Andreev and Vasily Trushin. The ships are to join the Russian Navy in 2023 and 2024, respectively.