At the Army-2019 forum, NPO Splav (member of Techmash Concern at Rostec State Corporation) presented the three new multifunctional projectiles for Tornado-G rocket system, Vladimir Lepin, CEO at Techmash told Mil.Press Today. In 2019, combat capabilities of the new MLRS were for the first time shown at Alabino Range and in 3D format.

Three new 122-mm rockets were designed for Tornado-G system. According to Lepin, they have destruction effectiveness by times larger than standard projectiles of MLRS Grad, which is to be replaced by Tornado-G. Over 50 countries currently operate Grad and other Russian multiple launch rocket systems. 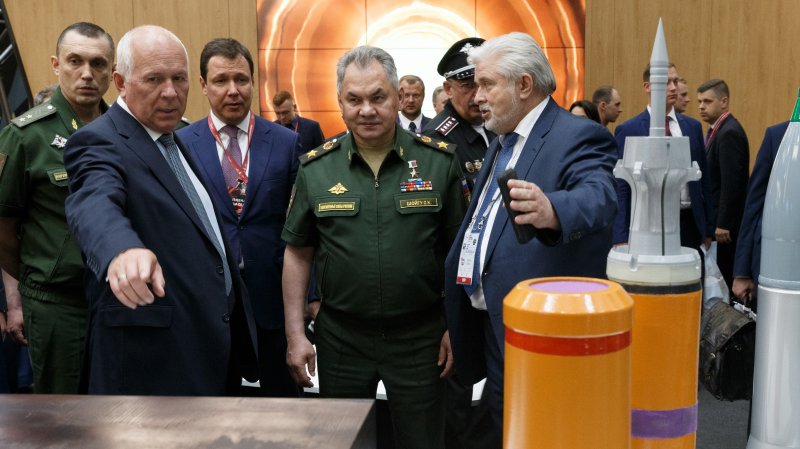 The unguided rocket with separated HE warhead is intended for destruction of uncovered and sheltered troops, unarmored vehicles, command posts, and other targets. Destruction effectiveness of this projectile is six times as much as the standard unguided HE rocket of Grad system. 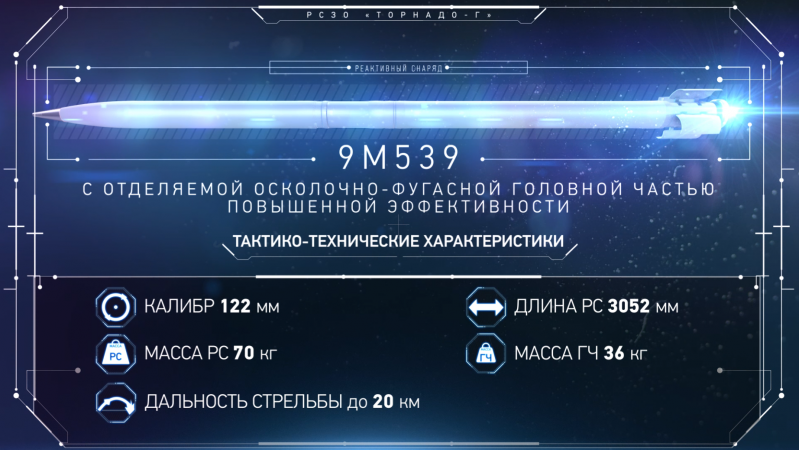 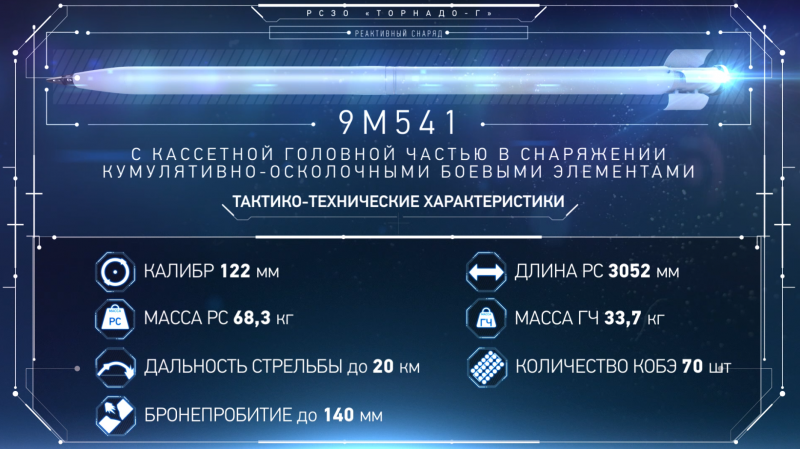 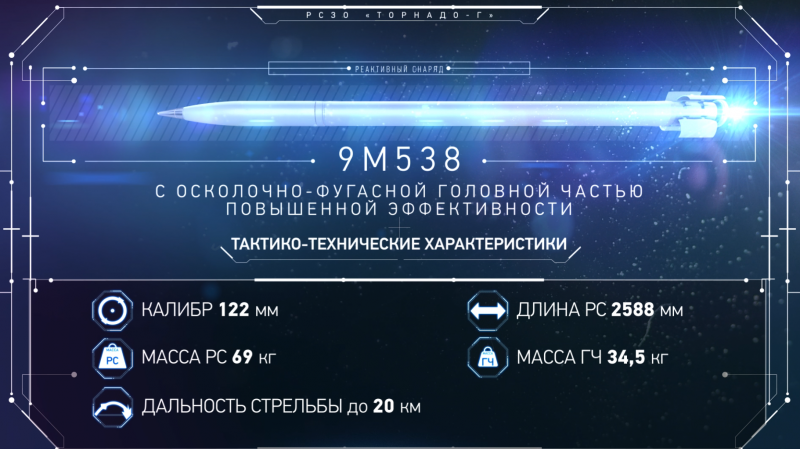 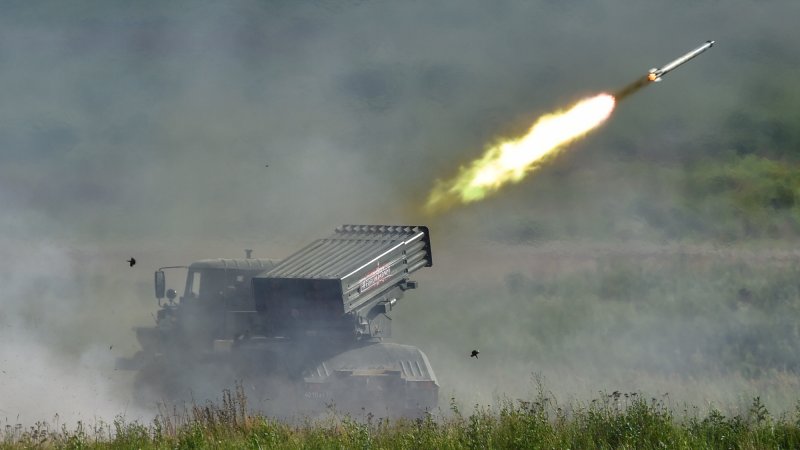 Combat potential of the new MLRS was for the first time demonstrated during the jubilee fifth Army forum at Alabino Range. Operation of Tornado-G is also shown at the booth of NPO Splav. By putting on 3D glasses, visitors can see the system in action. The model has a high-level granularity and clearly demonstrates the systems capabilities, the companys officials told Mil.Press Today.

In 2018, overall volume of military products supplied by NPO Splav overrun the 2017 results by 2.5 times, the Techmash director Vladimir Lepin shared. Over the last five years, this figure has grown by 20 times.

In addition, NPO Splav presented export weapons at the Army-2019 forum. These are modernized MLRS Grad and Smerch, their rockets with warheads for different purposes and firing range up to 40 km and 90 km, respectively. 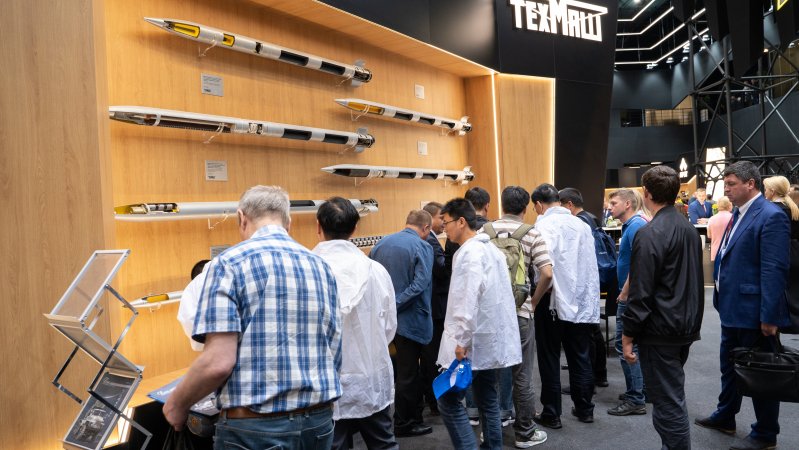 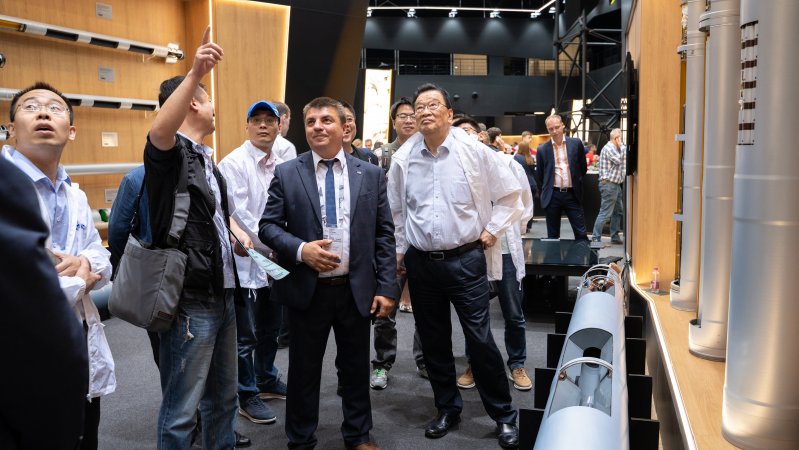 
The multiple launch rocket system Tornado-G was commissioned in the Russian Army in 2014 as a substitute for MLRS Grad. The combat vehicle is equipped with the automated guidance and fire control system and the prelaunch/launch equipment. 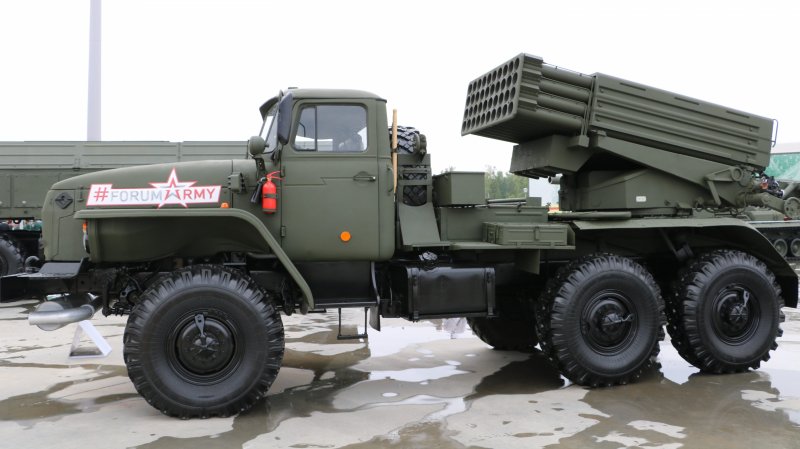 The Ganichev NPO Splav, a division of Techmash Concern at Rostec State Corporation, is the Russias leader in designing and production management of multiple launch rocket systems for the Russian Army and the Navy, and unguided airborne weapons for the Airspace Force. In April 2019, the company was officially renamed into the Ganichev NPO Splav.