Corvette Retivy, the seventh Project 20380 ship for the Russian Navy took the sea on March 12 at Severnaya Verf shipyard in Saint Petersburg, reported Mil.Press from the scene. The official ceremony started at 12:14, Moscow time. 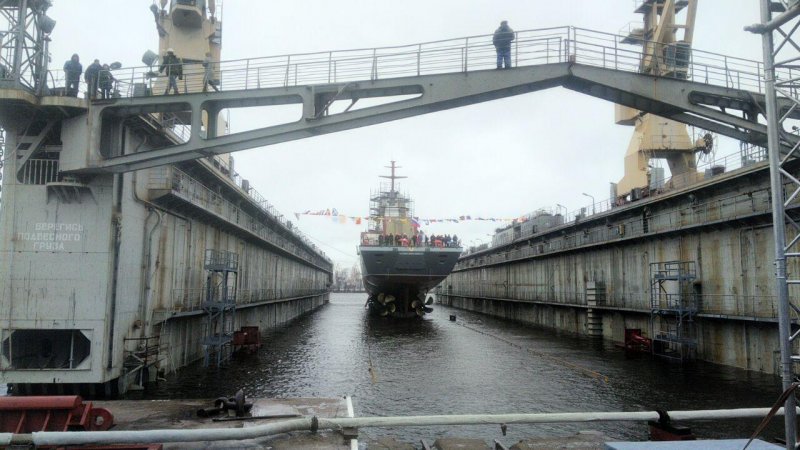 "The backlog of Severnaya Verf will keep the shipyard loaded with contracts for the next ten years. Were going to lay down a few frigates here soon", said Aleksey Krivoruchko at the ceremony.

According to Adm. Yevmenov, upon commissioning, Retivy will head for the home station at the Black Sea Fleet. "In the Navy, the corvettes of this class have proved as reliable combat units", he added.

In his turn, Aleksey Rakhmanov announced Severnaya Verf to become the USCs regional leader in terms of combat ships construction.

After launching, the corvette will move to the fitting quay. "It is our duty to hand the ship over to the navy on time", assured Igor Ponomaryov.

Retivy was keel-laid at Severnaya Verf on February 20, 2015, it is the seventh corvette built under Project 20380 for the Russian Navy. Earlier, the name of Retivy was borne by a Project 1135 patrol ship decommissioned in 1995. The corvettes design is based on the radar signature reducing technologies. The composite materials and alloys for these ships were developed by Prometei Research Institute (St. Petersburg), and the superstructure was built by Sredne-Nevsky Shipyard.

In October 2017, the shipbuilders reported about completion of the hull formation for the new ship. In March 2018, they finished loading engines and reduction gears into the forward engine room. At that time, it was planned to launch the corvette in Q2 2019, and hand it over to the Navy in 2020.