Can Russia Use Force in Response for Shot-Down Warplane?

Mil.Today tried to analyze why Turkey decided to shoot down the Russian bomber, what consequences may follow and why Russia has to respond on such aggression commensurately.

On Tuesday, November 24, Turkey shot down the Russian bomber Su-24 being on a tactical mission over Syrian territory. According to Ankara authorities, the warplane had violated Turkish airspace and then was destroyed by an F-16 fighter. Nevertheless, the fact of the bombers fall on the Syrian territory several kilometers away from the border indicates that, even if the Russian pilot entered Turkish airspace, he did that for a short period and had already left it by the time the Turkish missile hit the plane. Thus, instead of preventing the undesirable actions, Turkey penalized for them acting both as a judge and as a punisher. 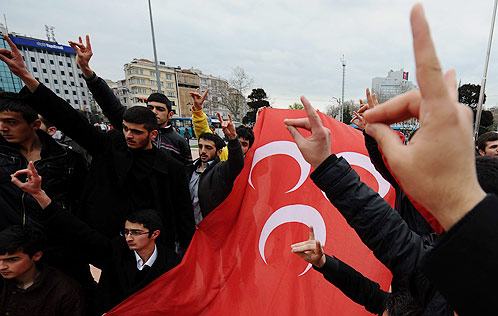 There was no serious need for Turkey to shoot down an airplane belonging although not to ally but by no means to the enemy state. When giving an order to launch a missile against the Russian warplane, Turkish military were unlikely scared of the pilots intentions to drop bombs on, say, Gaziantep. Especially as the Turks themselves are not too sensitive to borders of other countries.

Throughout the first eight months of 2015, Turkish warplanes have violated Greek airspace 1,306 times. Sometimes even 20 Turkish fighters entered the Hellas territory. Turkish aircraft quite often broke airspace of Armenia, Russias ally in the Collective Security Treaty. Syria is also tops the Turkish Air Forces illegal routes list; the Turks used to attack the Kurds fighting the Islamic State*. Occasionally, Turkey was even rebuffed by still-working Syrian air defenses. In 2012, Syrians shot down a Turkish F-4 fighter-bomber that had violated their borders. The incumbent president Erdogan said the following then:

"A short-term border violation can never be a pretext for an attack. The Turkish jet was on a training flight testing Turkey's radars in the eastern Mediterranean".


One may sprang to call Erdogan a hypocrite, but in fact he just protects national interests. Namely, he does things that many people expect from the Russian leaders. Turkey regards Syria an area of its own interests, that is why Russias interference with Syrian civil war on the side of Assad naturally caused negative reaction amid not only Turkish hawks but quite moderate politicians as well.

The situation heated up heavily when the Russian Airspace Force delivered strikes upon a region populated by Syrian Turkmen also known as Turkomen. This Turkey-loyal ethnic group has been fighting against Assad from the very beginning of the conflict and is under Ankaras wing receiving military and informational support. That is why Russian attacks upon Turkomen positions coupled with flights in Turkish airspace have finally caused reasonable anger among Turkish officials. So, when the Turks had a smallest chance for revenge, they willingly took advantage of it by using the zero tolerance policy.

Now the ball is in our court, and if Russia wants to provide a commensurable answer, looking for a reason will present no problems. It will be enough to seize the right moment when at least a wing of a Turkish F-16 enters airspace of Syria or Armenia. However, it is highly doubtful that Russia is ready for a minimal military confrontation with Turkey, as Ankara has two serious cards up sleeve  the Black Sea straits and the NATO membership.

In case the Turks close the Bosphorus and Dardanelles straits, a considerable threat would hang over the Russian airbase in Latakia and the naval group in the Mediterranean, not to mention that the Russias Black Sea Fleet would then turn into a cut-out flotilla. Sure, in such case Russian foreign ministry would continuously issue menacing statements full of references to international maritime laws, but they will be unlikely interesting for anybody beyond Russia.

Another serious issue, although not so critical, is Turkeys membership in NATO. According to the charter of the North Atlantic alliance, an attack on one NATO member state is an aggression against the entire alliance. Indeed, if anything crops up, Turkey would unlikely wish to deal with its plane crash alone. Nonetheless, Syrian military did shoot down a Turkish aircraft within their airspace, but no essential reaction was demonstrated by NATO allies.

Russia may react on the Turks actions more moderately through military support of Kurdish militia which is sometimes attacked by pro-Turkey rebels and Turkish Air Force. That would be much easier because the Kurds are already supported by the US. So, the Turks would unlikely find an adequate reason to criticize Russias assistance to militants fighting the Islamic State*. 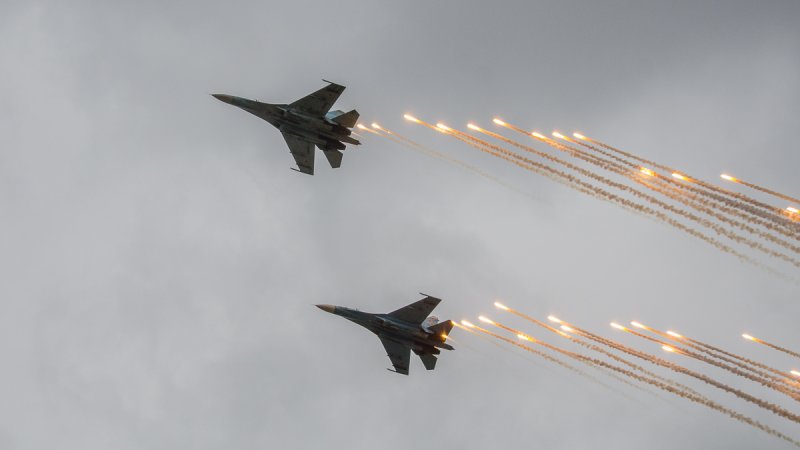 Meanwhile, Russia has already launched an economic war. Russian tour operators cancelled charter flights to the Republic of Turkey and suspended sales of vacation packages to Turkish resorts. In addition, some Russian supervisory agencies now have claims against Turkish products. That may potentially mean an embargo on Turkish imports.

It is important to realize that Russias weak-kneed reply on the Turkish aggression may come at a great cost, and the matter is not only reputational loss. Actually, international laws dont fix anything on the world stage, and states act under primitive rules when strong countries may do almost everything while weak countries  almost nothing. For instance, few people were discomforted when in 2003 the US triggered a war in Iraq without the UN authorization. The similar trick of Americans in the Syrian conflict was not taken as bad affair either.

In due time none international law would have kept the USSR out of the full-fledged attack from Japan if the Soviets failed to give a fitting rebuff in the Nomonhan Incident in 1939. Prior to that conflict, the Japanese for several months had been arranging provocations on the border between the two puppet states, the Mongolian Peoples Republic (USSR) and Manchukuo (Japan).

The conflict started in January and in the first months it went as the Japanese attacks upon the smaller Mongolian border units. However, the tensions developed and in May the Soviet troops were deployed in that region. This, however, did not ease the tension. Shortly after, real battles began and rather quickly achieved the level of armored and even air confrontation.

Battles lasted till August 1939 and the Soviets finally won. In total, that conflict claimed about 55,000 lives. Some Russian historians believe that the USSRs victory in that incident prevented attack of Japan on the Soviet Union during the WWII, as the Nomonhan experience gave the Japanese a reason to shake head at potential triumph over the Soviets in a large-scale war. That is why, despite allied obligations, the Land of the Rising Sun refused to enter the war against the USSR on the German side.

Now Russia is in the similar conditions. Therefore, from a military perspective, the Turks may interpret mild reply as a sign that Russia would always react on its shot-down warplanes by filing another note of protest or convening another emergency session of the UN Security Council, so, by any harmless things. Then next time the Turks will shoot down a Russian plane not due to "airspace violation" but because it flies in Syria over wrong militants. Say, over the Turkomen who finished off the Russian pilot.

The coming weeks will show whether the military viewpoint is leading or there is something more weighty in the bunch of geopolitical counter-balances.

* - "The Islamic State"  a terrorist organization banned in the Russian Federation.