A deck crane collapsed when putting afloat the Project 1496M1 (Lamantin) coast guard patrol boat on December 14 in the Black Sea, a well-informed insider told Mil.Today. The boat was built by the Vympel shipyard in Rybinsk, Russia, for FSBs Coast Guard Service.

The attempt to set Lamantin afloat by the deck-mounted crane with lifting capacity about 3 tons is fixed on the trials video. The people looking like crewmembers and the shipyards representatives failed to cope with the challenge. Their actions resulted in several collisions of the boat with the crane and the faulty launching. According to the source, the crane broke down. However, according to another insider, the crane was operable.

The head engineer of the shipbuilding-related company who had performed similar operations many times said the actions of the people tried to launch the boat were dilettantish.

"The colleagues should have fixed the ropes through the guardrails on both sides to control the launch. Put it simply, to prevent the boat from swaying to and fro", the engineer told Mil.Today. The expert added that putting a boat afloat was less of a problem with appropriate crews qualification. 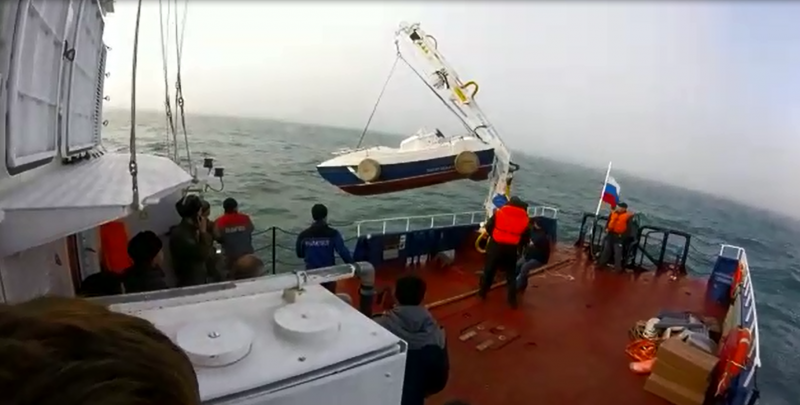 The Project 1496M1 modernized lead coast guard patrol boat, codename Lamantin, serial number 01408, was laid down at the Vympel shipyard on June 24, 2016. In November 2017, the boat moved to the outside acceptance base in Kerch for trials. As of December 28, the trials were underway.