Russia has one of the worlds strongest armies. Some are afraid of it, others respect, but those who serve in the Russian army often speak about it ironically. Indeed, military service is always full of curiosities, strange events and situations. Russians even have a proverb: "Those who served in the army wont laugh at the circus". Mil.Today has selected 10 strangest stories happened in the Russian army this year.

There is a belief that Russians drink vodka and steal too much. However, in practice people of other countries drink not less, but yes, thievery is really a big problem. For one, in August Russia hosted the International Military Games and met servicemen from numerous countries. When it was time to return home, Chinese delegation appealed to police. As was found out by reporters, someone stole 17 boxes of vodka bottles from the Chinese truck body standing on a railway flatcar at the station Murom. Later on, however, police officers corrected that information and reported about only 15 vodka bottles and personal belongings of Chinese military personnel. Finally, that case was not made public. 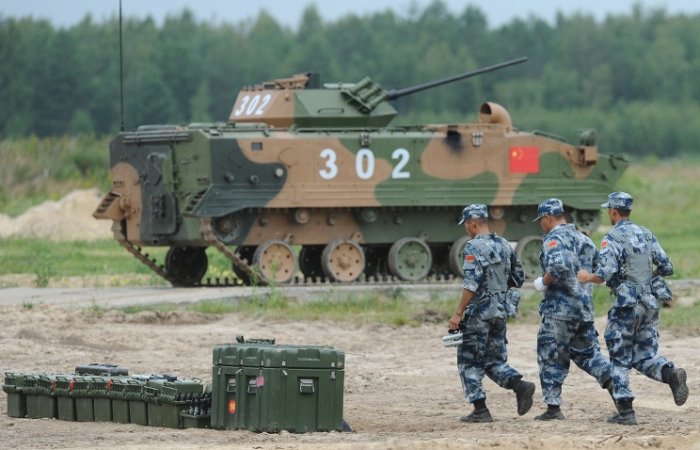 All worldwide-renowned media were broadcasting a hot news in August: Russian soldiers in Kaliningrad write "To Berlin!" on air bombs and this despite the city of Kaliningrad is only 500 km away from Berlin. Actually, this is hardly surprising. Everyone in Russia knows that Soviet soldiers decorated bombs and shells in this manner during the World War II. That has become a part of Russian culture and sometimes todays army men write such mottos just for fun. By the way, comic slogans on military hardware can be found in many countries, for instance, American pilots like to draw girls on their airplanes. Recently, there was a video of an off-roader taking part in a military parade in Russia bearing the slogan "Alaska! Ask Crimea How to Get Home!" Many Russians find this funny. 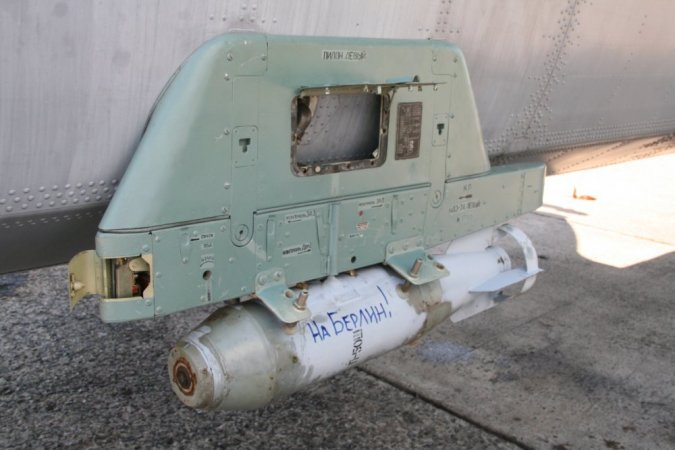 A Dog from Mr. President

Russian president Vladimir Putin is held in high respect amid Russian military personnel. Every year he arranges a nationwide live hot-line sessions and spends hours to talk with ordinary citizens. People often ask Putin to help them in domestic and even personal problems. The president does readilyhelp. For example, at the recent hot-line a woman called Putin with a complaint saying her husband, a military man, was not allowing her to buy a dog. "I cant give him a command, actually", replied Putin, however, addressing to the serviceman "Boris, please, allow the wife to buy a dog". Soon Russian media reported that Boris Fadeyev, the officer from Rostov, had bought a puppy for his wife. 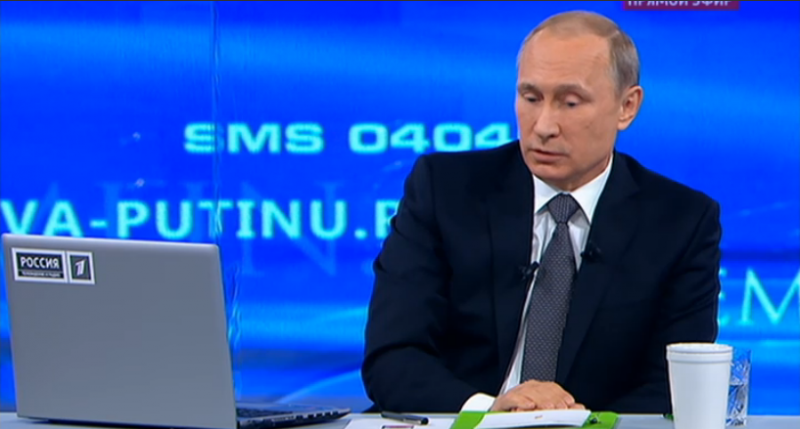 Although Russian militarypersonnel have always many things to do, sometimes they feel bored. Then they find something funny activities. Example is a hand-made missile.

Normally, physical training in Russian army is well-regulated. Nonetheless, some servicemen want to look more fit than they really are. Then video clips of this kind go online:

It is a widely thought that Russia is the country of bears. Many people really think bears walk along streets of Russian cities. Sure, it is not so and facing a bear is not what an average Russian wants. However, military guys, even retired ones, are not afraid of these dangerous animals. One former serviceman working in a national park in Buryatia was once camping in boreal forest along with firefighters. When a bear visited their camp, the first thing the man did was making a selfie with the fearsome animal. 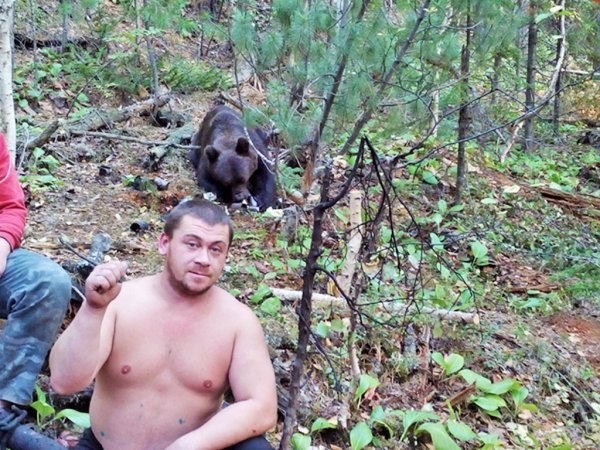 In Russian government vice premier Dmitry Rogozin is responsible for military industry. Being a public figure, he regularly appears on TV, in the press, and posts in Twitter. Many of his statements provoke laughter in Russia and shock the West. For instance, when sanctions were imposed against Russia and numerous officials lost European visas, Dmitry Rogozin declared: "Tanks dont need visas". When Kievs mayor Vitaly Klichko expressed confidence that Crimea would return to Ukraine, the vice premier posted on his Twitter account that "Klichko, Crimea will be yours when you obtain Russian citizenship". Finally, Dmitry Rogozin recently commented the remotely controlled tank being developed in Russia as "Now we need not tank crewmen but players of worldoftanks.ru )". 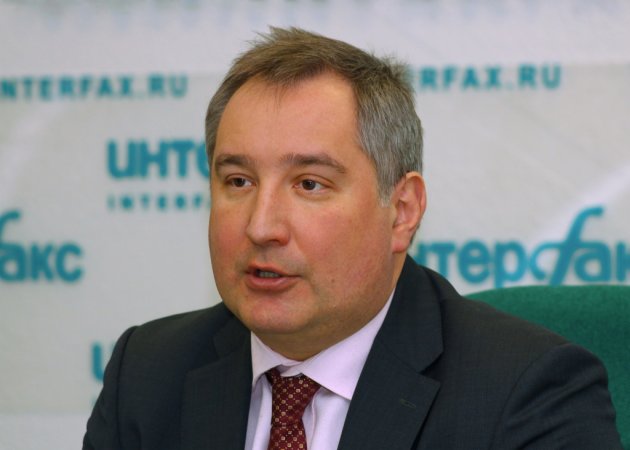 Obscenities in Russian language are an important part of national culture. Language skills of using the F-words have always been a sign of manhood and toughness. Russians traditionally think that everything can be done with an axe and a f#cking hell, including winning any opponent. This is exactly why obscene words are lavishly used in Russian army. However, the new military leaders decided to exterminate foul language among the servicemen. Defense ministry plans to issue a brochure teaching well-bred behavior and promoting refusal of uncontrolled vocabulary. This news shocked many officers now falling into disarray how to give orders to soldiers in such circumstances. 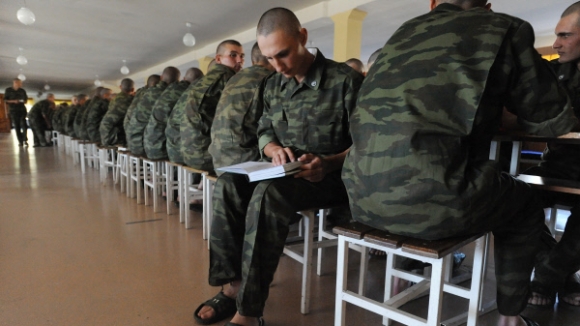 Hello, Is This a Door?

Just like in most countries, Russian military novelties are covered with the veil of secrecy. Sometimes this veil is lifted and defense manufacturers announce some information about newest developments. In October Russian Defense Ministry held the 'Innovation Day and summarizing its results the prize for the best innovative project in the Integrated Security nomination was given to the company named Eleron which presented a door equipped with security and access control systems. All data about that showpiece was extremely scanty. In particular, the door was reportedly equipped with a GSM communication channel. 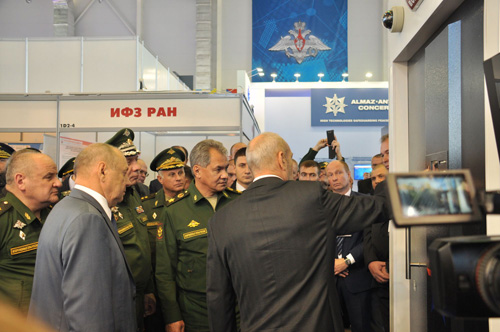 The door with GSM
Rosatom

A sensational case about corruption in Russian defense ministry has finished this year. As investigators found out, military officials were selling off army property to friendly companies at knocked-down prices. Initially, the loss was estimated at 6.7 bln roubles (at the current rate it is $107 mln). The most famous accused person was Evgenia Vasilyeva, the ex-head of defense ministrys property relations department, and a rumored lover of the then defense minister. She was sentenced to five years of imprisonment, but spent in prison only 34 days and then was early released on parole. Russians cannot remember such serious penalty to end so fast. 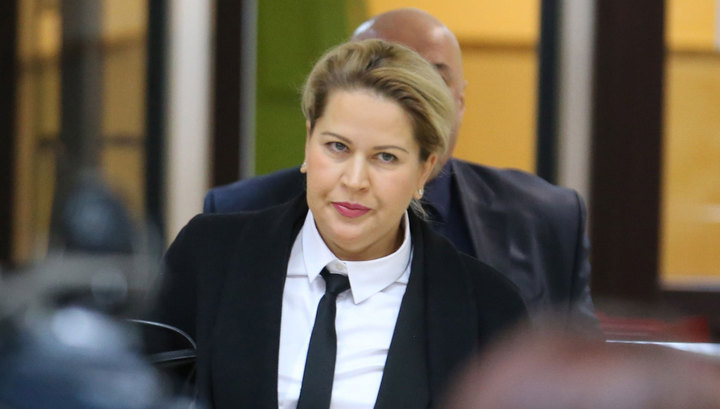