Russian ships designed to operate in polar latitudes are equipped with national electric heating systems. In particular, such equipment will be installed in the ice-resistant self-propelled platform named North Pole and laid on April 10 at Admiralteyskie Verfi, the shipyards CEO Alexander Buzakov told Mil.Press Today. As for him, using the Russian-made systems is more suitable for the company.

The question is the new project that replaced foreign analogs. The system is made in Russia, added Buzakov. 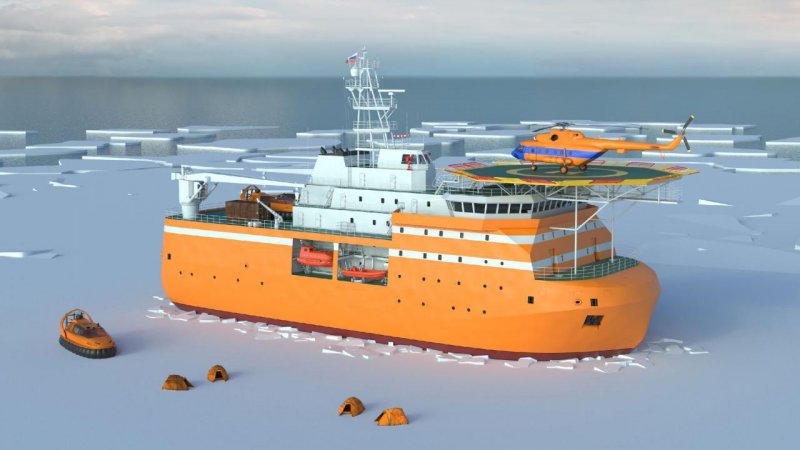 According to the director of Admiralteyskie Verfi, such system will be mounted on the Project 22600 icebreaker Viktor Chernomyrdin and the first Project 23550 arctic-zone patrol ship.

The lead ship of this type, Ivan Papanin, will be launched late in 2019 and commissioned in 2023, Buzakov said. The second patrol icebreaker, Nikolai Zubov, will join the Russian Navy in 2024.

According to Denis Shevchenko, director of Bee Pitron, a company designing marine heating systems, the equipment features simplicity and operates on the switch-and-forget principle. It can be customized for a particular ship. "We perform thermal analysis for each solution, design a 3D model, and hold trials", Shevchenko said. "All heated elements are designed and integrated at a customers request. Besides, the system is accompanied by the standard documentation", he added.


North Pole ice-resistant self-propelled platform is designed for the year-round integrated scientific researches in the high latitudes of the Arctic Ocean. The platform constitutes a specialized vessel with the high-strength hull (ice class Arc8), fuel endurance of about 2 years, and service life of at least 25 years. The crew is 14 men plus up to 48 scientists.

The all-season research platform with integrated equipment is capable to carry out geology, acoustic, geophysical and oceanographic observations, move in the ice without icebreaker assistance, and accommodate Mi-8 or Mi-38 helicopters on the helipad. The platforms length is 83.1 meters, width is 21.8 meters, draft is 8.6 meters, displacement is about 10,000 tons, main engine power is 4,200 kW, speed is at least 10 knots.