"Actually, this project is an offer for foreign customers rather than Russian Navy", explained Dmitry Tsygankov, head of the marketing and scientific technical information department at the Almaz design bureau. 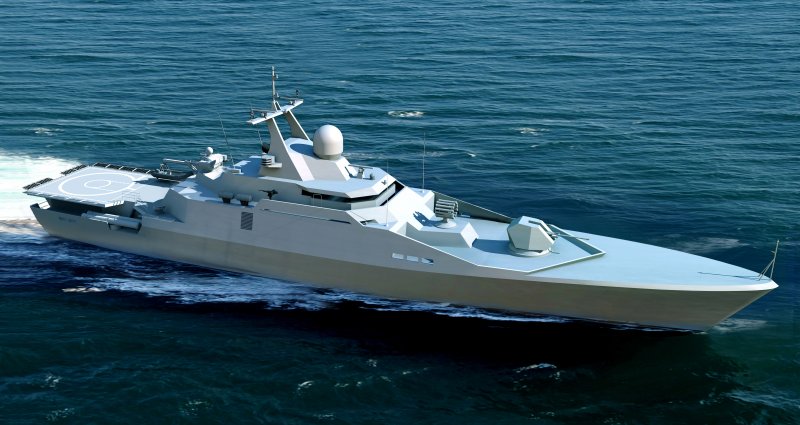 According to him, designers regard Southeast Asia as key market but are open for cooperation with any customers worldwide.

Andrey Frolov, an expert in marine weapons and chief editor of The Arms Exports magazine, says the Russian Navy presently has no need of such ships.

"We have a type variety of corvettes, we call them differently but the essence is the same. It is excessive to breed another project now", shared Frolov his viewpoint.

Also, the expert did not rule out the license transfer for building of series of such ships to a potential foreign customer.

According to the project, the ship displaces 1,300 tons, is 75 meters long and 13 meters wide. Maximum speed is expected to be 30 knots.

The corvette will be armed with a gun mount, either 76-mm AK-176MA or 30-mm AK-306, turret mount with ZM-47 Gibka antiaircraft missiles, two 12.7 machineguns, and either the Paket-E/NK antisubmarine torpedo system or the RPK-8E antisubmarine missile аnd depth bomb system. An unmanned aerial vehicle will be stationed on the deck.

Currently, the Russian Navy operates Project 20380 corvettes equipped with similar Paket-NK antisubmarine system. This kind of weapon is also mounted on the Project 22350 frigates being under construction.