Crewmen of Aleksandr Obukhov harbor minesweeper are displeased with the unmanned boat made by French ECA Group and being criticized for manufacturers backlogs, an insider aware of the issue told Mil.Today.

According to the sailors feedbacks, "the boat is raw and cannot perform all functions". The source said it was one of the reasons why the drone did not accompany the ship at the International Maritime Defense Show. 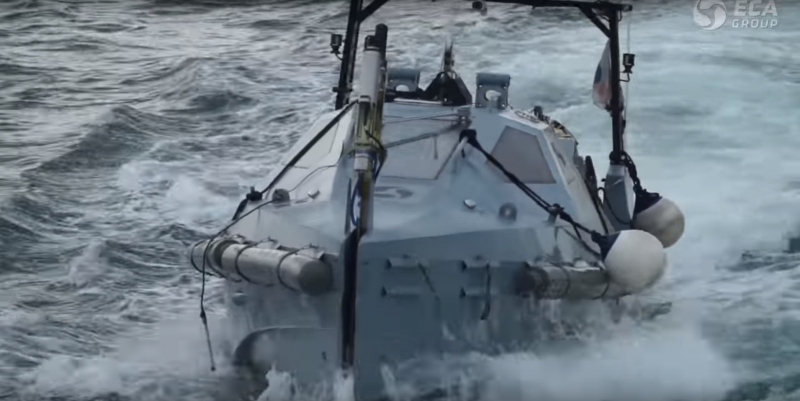 The ships commanding officer, Capt 3 Rank Sergey Tikhonov, refused to disclose any details to Mil.Today, having added, however, that during the IMDS "the boat was on the base protection mission". An insider in the Baltic Fleet commented that on June 20, 2017 Inspector had left the minesweeper and for the first time autonomously took the sea.

ECA Groups sales manager Dominique Mallet told Mil.Today on June 28 at the IMDS-2017 that in the next two years the company would arrange production of drone boats Inspector Mk2 and anti-mine submersibles Seascan Mk2 in Russia.

As for Mallet, ECA Group initially planned to sell Russia four unmanned boats and four submersibles for Alexandrite-class minesweepers. Later on, however, the parties agreed upon delivery of only three boats. Russia has already received two Inspectors, another one is to be delivered by the end of 2017. The contract costs about 10 mln.

"Although our products are beyond the sanctions, Russia refused to buy the fourth boat and decided to build them independently. In the next two years we plan to kick off production of Inspector boats and their submersibles here, in Russia", Mallet said.


Since 1936, ECA Group has been focused on innovative projects in robotics, automated systems, modeling and industrial processes. The companys drone boat is used on the Project 12700 lead minesweeper Aleksandr Obukhov.

Project 12700 (codenamed Alexandrite) harbor minesweeper Aleksandr Obukhov was developed by the Almaz Central Marine Design Bureau for the Russian Navy. The mine defense ships of this type are designed for searching and destruction of mines in littoral waters around naval stations. Ships of this project are expected to become the core of the renewed Russian Navys minesweeping force.