"In April 2017 we will begin right there, at the electric beam welding, furnace and burning workshops to make a renewed Tu-60 under modernized technologies", Yury Slyusar said at the joint session of the Ministry of Economy and the Ministry of Trade and Industry of Tatarstan. 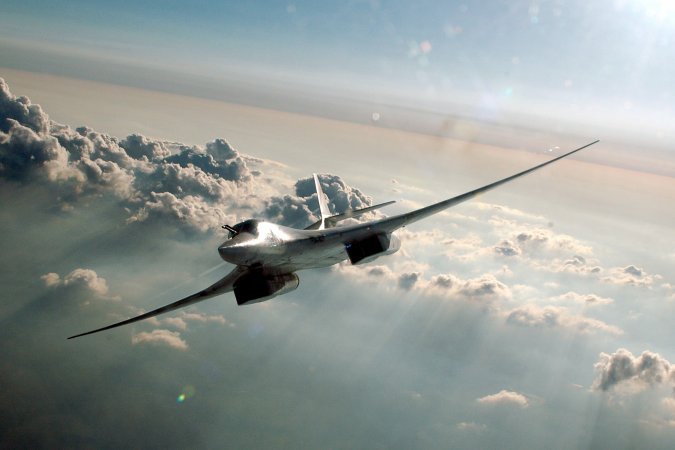 According to the UAC director, the key priority in that area was not only to restore production technologies of certain systems but rather to upgrade them. The new Tu-160M2 will involve many innovations. Late in 2016, UAC completed digitizing of project of the new jet, the most sophisticated aircraft system of the corporation.

While working on the new Tu-160, the Kazan Aircraft Factory conducts technical re-equipment; about 40% of machinery will be renewed in the next few years, added Yury Slyusar.

Tu-160 is a supersonic strategic missile-carrying swing-wing bomber developed by the Tupolev Experimental Design Bureau in 1970-80s. Being in service since 1987, it is the largest and the most powerful supersonic variable-sweep wing airplane in the history of military aeronautics.

In 2008, production of these bombers was suspended. The decision to resume production of retrofitted Tu-160 was made in 2015. According to defense ministry, Tu-160M2 will be an absolutely new airplane with up-to-date condiment but will preserve the White Swans design. Comparing to predecessors, its performance will be improved by 2.5 times.

First flight of the renewed Tu-160 is expected in 2018, the first prototype will be manufactured in 2021, and then the Russian Airspace Force will kick off procurements. The military want to buy at least 50 Tu-160M2 strategic bombers.