Upgrading of Su-34 Frontline Bombers to Start in 2018

"Along with the factorys directors and top managers of the United Aircraft Corporation, we discussed the plan for retrofitting of the jet in terms of an upcoming state arms procurement program for the period of 2018-2015", Yury Borisov said. 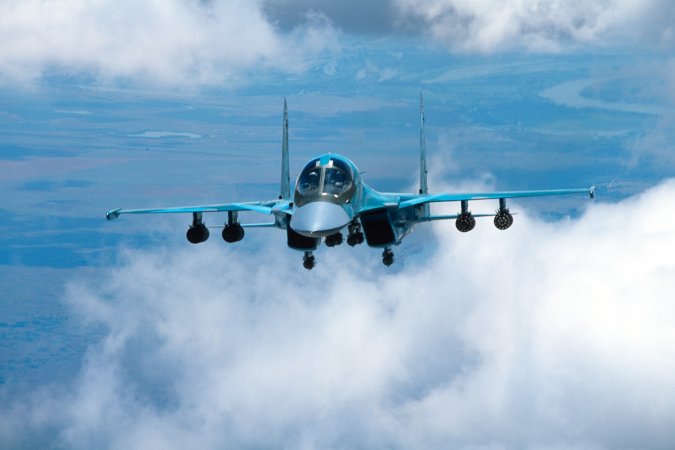 "I believe potentials of Su-34 have not been fully unveiled yet. Primarily, that is because were finalizing development projects to adapt some new air weapons to this jet", reports citing the deputy defense minister.

According to him, Su-34 enjoys a huge export potential, since many countries are taking genuine interest in the plane.

Also, he confirmed the earlier announced information that the Russian military would get 16 Su-34 bombers this year.

Under the long-term procurement contract, totally 92 Su-34 bombers will be supplied to the Russian army by 2020. The first contract for production of 32 airplanes has been completely fulfilled. In total, Russian defense ministry plans to acquire about 200 of these jets.

Frontline bomber Su-34 (NATO reporting name  Fullback) was developed in 1980-2000s and constitutes a strike fighter on the T-10 platform known as the base for Su-27. With maximum takeoff weight of 45 tons, the plane accelerates up to 1,900 kph, and its combat radius may exceed 2,000 km.

Su-34 is equipped with nearly all kinds of guided and non-guided weapons, which makes it perfect against land and sea surface targets. Besides, it may destroy moving targets, including small-size ones. The planes payload is up to 8 tons.