The Radioelectronic Technologies Concern KRET has adapted the new deck-landing system BINS-SP-2 to the MiG-35 fighters, a top-ranking official of the company told Mil.Press Today.

"All works under adaptation of our system to the Russias newest warplane successfully ended; as for today, BINS-SP-2 has passed the trials", he said. The system will not only improve performance of the jets but make them capable to land on decks of aircraft-carrying ships, added the interviewee. 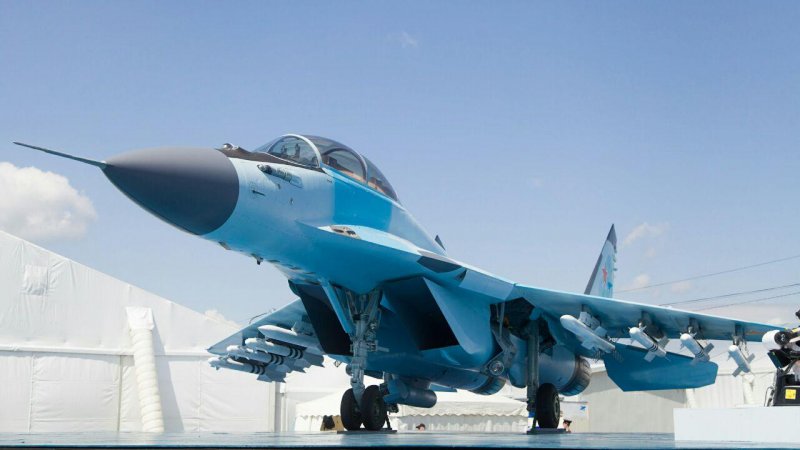 Along with that, according to an informed insider of Mil.Press Today, deck-based version of MiG-35 does not exist yet, and its creation is not a priority for the Russian defense ministry.

Theoretically, the newest Russian fighter MiG-35 can be used as the deck-based jet for aircraft-carrying cruisers, said deputy defense minister Yury Borisov at the MAKS-2017 international aerospace show answering the question of Mil.Press Today. As for him, if Russian aircraft industry offers the deck-based version of the new fighter, defense ministry "will be happy to consider such a proposal".

However, the Russian Aircraft Corporation MiG has not focused on designing of the MiG-35s deck-based version yet, said the companys director Ilya Tarasenko at the Army-2017 forum.

Mikhail Pestrakov, deputy director for international activities and advertisement at the Rubin Aircraft Corporation explained to Mil.Press Today that designing of a deck-based version was a complex process comparable to development of a new airplane. That is why, creation of ship-based version may take years, he added.

According to an insider in the industry shared with Mil.Press Today that the airframe of MiG-35 had been considerably reinforced as compared to its ground ancestor, MiG-29. This facilitates development of the deck-based version.