Russia and India kicked off talks on construction of frigates based on the Project 11661 Gepard patrol ships for the Indian Navy, an insider in the Russian defense industry told Mil.Press Today. According to him, the talks began in the winter 2018 in India and are at the initial stage. The consultations were held by the bilateral intergovernmental board and attended by representatives of the Russian Ministry of Industry and Trade, and shipbuilding companies.

The number of the ships in question, their version and building site have not been defined yet. According to the source, in case the contract is tied, the Gepard-class frigates for India would be likely laid down at the Zelenodolsk Shipyard. 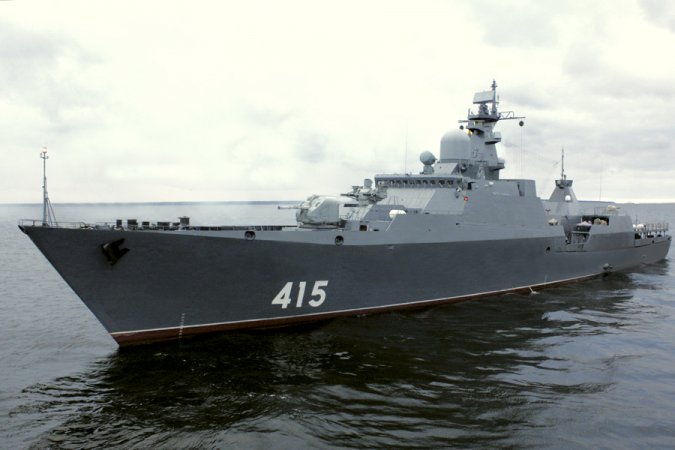 The interviewee added that one of the issues discussed was the ships powerplant. Delhi has not selected the engine manufacturer yet.

The Gepard-type frigates are based on the Project 11661 patrol ship designed by Zelenodolsk Design Bureau. The versions are Gepard-3.9, Gepard-5.3 and the ocean-going frigate Gepard-5.1.

The second ship of this type was initially keel-laid in 1993 for the Indian Navy, but the project financing was suspended. After that, the patrol ship was completed for the Russian Navy, launched as Tatarstan patrol ship, commissioned in 2003 and had been heading the Caspian Flotilla right up to 2017.

Talking with the Mil.Press Todays reporter, the head editor of the Arms Export magazine Andrey Frolov stumbled at the successful completion of the talks. According to him, if India decides to give up on the Russian engines, the designers would have to adapt the project, for instance, to an Indian-made diesel or the Rolls-Royce gas turbine. This would take much time and slow down the ships handover to the Indian party. Along with that, Zelenodolsk Shipyard is capable to build the Gepard-type frigates quite promptly, added the expert.

Mil.Press Today failed to obtain a quick comment from the Zelenodolsk Shipyards officials. The corresponding requests have been sent to the shipyard and the designing company.


Displacing about 2,200 tons, the Project Gepard-3.9 light frigates are equipped with missile and artillery weapons, antisubmarine facilities, countermine and anti-terror systems, and radio technical aids. The ship may accommodate a deck-based helicopter.

Gepard-3.9 type frigates are designed for warfare against air, submarine and surface adversaries; monitoring of underwater and sea surface situation, mine planting, active and passive jamming. Ships of this project are capable to escort and protect convoys, patrol boarders, counter smugglers, poachers or pirates. Besides, Gepard-3.9 frigates can render assistance to the distressed ships, search and rescue people at sea.

In April 2018, India faced problems with domestic construction of frigates. A 250-ton dock crane fell down at the GRSE shipyard in Calcutta. The accident may considerably affect the frigate-building program, as manufacturing, supply and installation of the new crane will take at least 30 months.